Dr. Tony Holohan to be presented with Freedom of Dublin City award

Dr. Tony Holohan will become the 83rd person to receive the Freedom of Dublin City award after Dublin City Council unanimously gave its support on Monday. 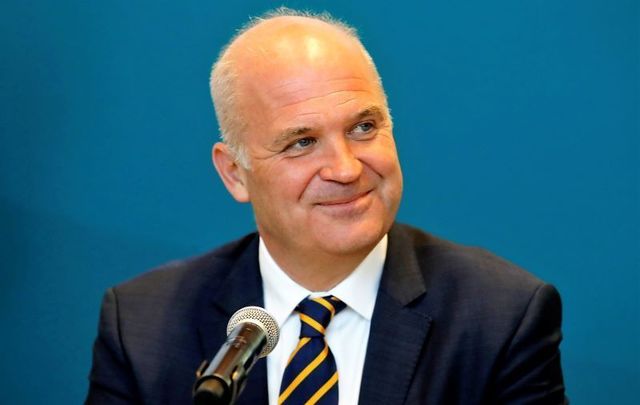 Dr. Tony Holohan, pictured here on May 27, 2020, is set to receive the Freedom of Dublin award. RollingNews.ie

Dr. Tony Holohan served as Ireland’s Chief Medical Officer throughout the coronavirus pandemic, until he stepped down last week to care for his ailing wife

Dr. Tony Holohan is set to receive the Freedom of Dublin City award in recognition of his efforts throughout the coronavirus pandemic.

Dr. Holohan served as Ireland’s Chief Medical Officer until last week when he announced he would be stepping down in order to spend more time with his wife Emer who recently entered palliative care. Dr. Ronan Glynn has since assumed his duties.

From today, I will be taking time out from all of my work commitments to be with my family.

I would like to thank everyone for their support, understanding and respect for my family’s privacy and would wish that to continue.

Continue to stay vigilant and look after each other. pic.twitter.com/aNfi88c1Jo

Dr. Tony Holohan chaired the National Public Health Emergency Team that was established in late January within Ireland's Department of Health. The NPHET continues to oversee and provide national direction, guidance, support, and expert advice on the development and implementation of a strategy to contain COVID-19 in Ireland. 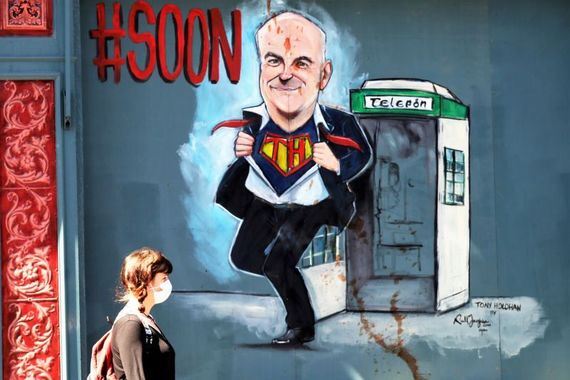 A mural of Dr. Tony Holohan in Dublin. (RollingNews.ie)

In a tweet on Monday afternoon, Hazel Chu, the newly-elected Lord Mayor of Dublin, said she was “honored” to propose the award go to Dr. Holohan:

I am honoured to propose Dr. Tony Holohan, as the leader of the #COVIDー19 response team, for the Honorary Freedom of the City of Dublin. He has been a constant presence in our lives during Covid19 and his calm manner in imparting advice gave reassurance to us all. pic.twitter.com/6z7LB7ZIpp

“I am honoured to propose Dr. Tony Holohan, as the leader of the #COVIDー19 response team, for the Honorary Freedom of the City of Dublin.  He has been a constant presence in our lives during Covid19 and his calm manner in imparting advice gave reassurance to us all.”

Dublin City Councillor Patricia Roe later said in a tweet that "not surprisingly there was unanimous support from all councillors:"

Delighted to support the proposal to award the Feedom of the City to CMO Dr Tony Holohan at tonight's Council meeting. Not surprisingly there was unanimous support from all councillors.https://t.co/kJts5U93B5

According to The Irish Independent, Lord Mayor Chu said Dr. Holohan’s presentation ceremony will be "a more private affair" due to coronavirus restrictions.

In December 2017, the names of recipients Aung San Suu Kyi and Bob Geldof were removed from the Roll of Honorary Freedom.

What is The Freedom of the City award?

According to Dublin City Council, The Honorary Freedom was created under the Municipal Privileges Ireland Act, 1876 and each city in Ireland had the right to confer it. The Honorary Freedom was extended under the Local Government Act 1991. Since then counties, as well as cities, are eligible to confer it. All awards are now governed by the Local Government Act, 2001.

The Freedom of the City of Dublin is meant to acknowledge contributions from certain people to the life of Ireland's capital city. It also bestows honor to important visitors to Dublin.

No financial or other benefits are attached to the Freedom of the City, however, it does carry significant prestige, as well as some symbolic privileges and duties.

Recipients of the award may be referred to as a ‘Freeman’ or ‘Freewoman’ of Dublin. They are also Honorary Citizens of Ireland’s capital city.

The Lord Mayor of Dublin nominates people for the Freedom of the City. Any nominations are then brought before a meeting of the City Council where it must be ratified by a majority vote.

Holders of the Freedom of Dublin have a number of ancient privileges and duties not applicable to ordinary citizens, some of which have little more than symbolic meaning in the modern world.