Less than two months after announcing his retirement, Tom Brady says he has "unfinished business" and will return for his 23rd NFL season with the Tampa Bay Buccaneers. 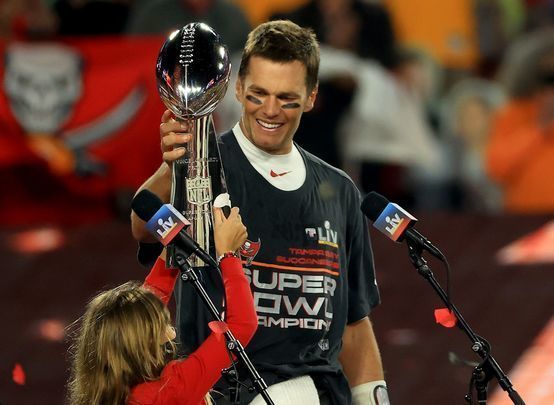 Tom Brady with the Vince Lombardi Trophy after winning the Superbowl with the Tampa Bay Buccaneers in 2021. Getty Images

Tom Brady has made a remarkable U-turn on his decision to retire from the NFL, announcing on Instagram that he would be returning for his 23rd season.

Brady, who is a direct descendant of Famine immigrants from Ireland, announced his retirement just six weeks ago after the Tampa Bay Buccaneers lost to the Los Angeles Rams in the NFC divisional playoffs.

"These past two months I have realized my place is still on the field and not in the stands. That time will come. But it’s not now," Brady wrote on Instagram on March 13.

"I love my teammates, and I love my supportive family. Without them, none of this is possible.

"I’m coming back for my 23rd season in Tampa. We have unfinished business.

Brady was selected as the 199th pick of the 2000 draft by the New England Patriots and went on to win six Superbowl rings during a glittering 20-year spell with the franchise. He won a record seventh Superbowl with the Tampa Bay Buccaneers in 2021.

Brady still had a year remaining on his contract with the Buccaneers when he announced his retirement in February.

He holds the all-time record for passing yards (84,520) and touchdowns (624), while he has also won season MVP on three occasions and Superbowl MVP a record five times.

Tampa head coach Bruce Arians said he was "ecstatic" that Brady has reversed his retirement decision.

"He is still playing at a championship level and was as productive as anyone in the league last season. We are ecstatic that he decided to continue playing and working toward winning another championship," Arians said.