What are the Eleventh Night bonfires in Northern Ireland?

The tradition exists throughout loyalist areas in Northern Ireland where bonfires are lit and street parties are often held the night before July 12. Loyalists are silhouetted as they gather in front of the bonfire on the Sandy Row area on July 12, 2017, in Belfast, Northern Ireland. Jeff J Mitchell/Getty Images

Tonight, July 11, Eleventh Night bonfires will be lit across Northern Ireland but what is the meaning behind the Loyalist tradition.

Any fans of Derry Girls previously unaccustomed with the annual marching season in Northern Ireland discovered during the first season of the hit show the former annual tradition also undertaken by Catholics in the area, in which they got as far away from marching season as possible.

While the marching season as shown in the show has now become a more watered-down version with thanks to the peace process, each July, in particular, does see some outpouring of Loyalist pride in the form of Eleventh Night and the Glorious Twelfth.

What is Northern Ireland's marching season? 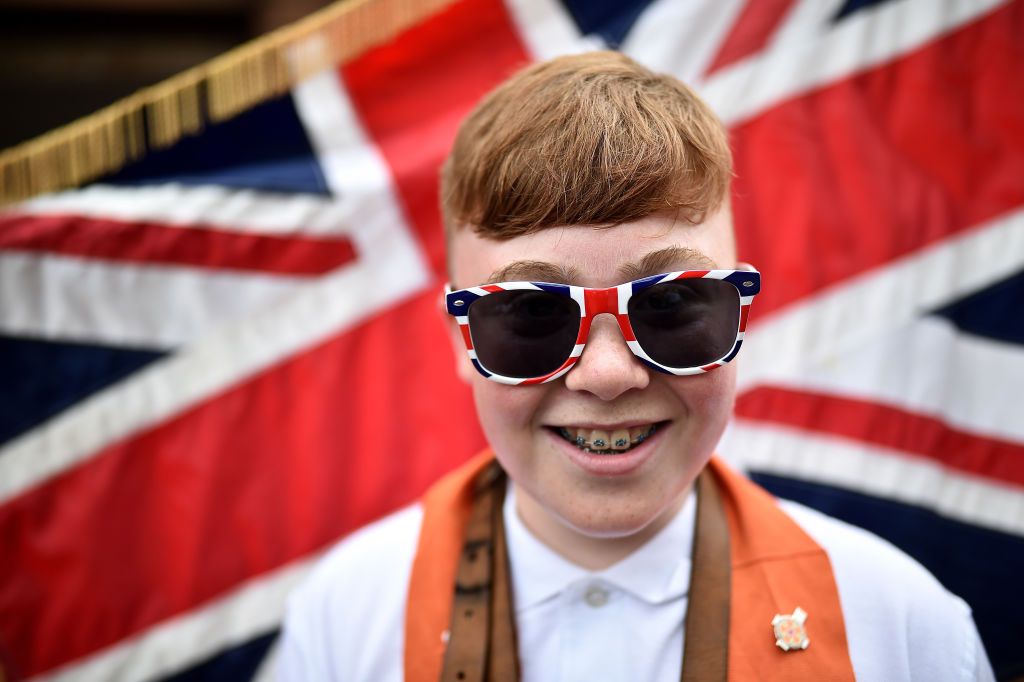 A young Orange man poses for a photograph during the annual 12th of July Orange march and demonstration taking place on July 12, 2018, in Belfast, Northern Ireland. (Photo by Charles McQuillan/Getty Images)

The annual Orange Order celebrations are to honor the 17th-century battlefield victory over Irish Catholics in the Battle of the Boyne.

What is Orangeman's Day or the Twelfth in Northern Ireland? 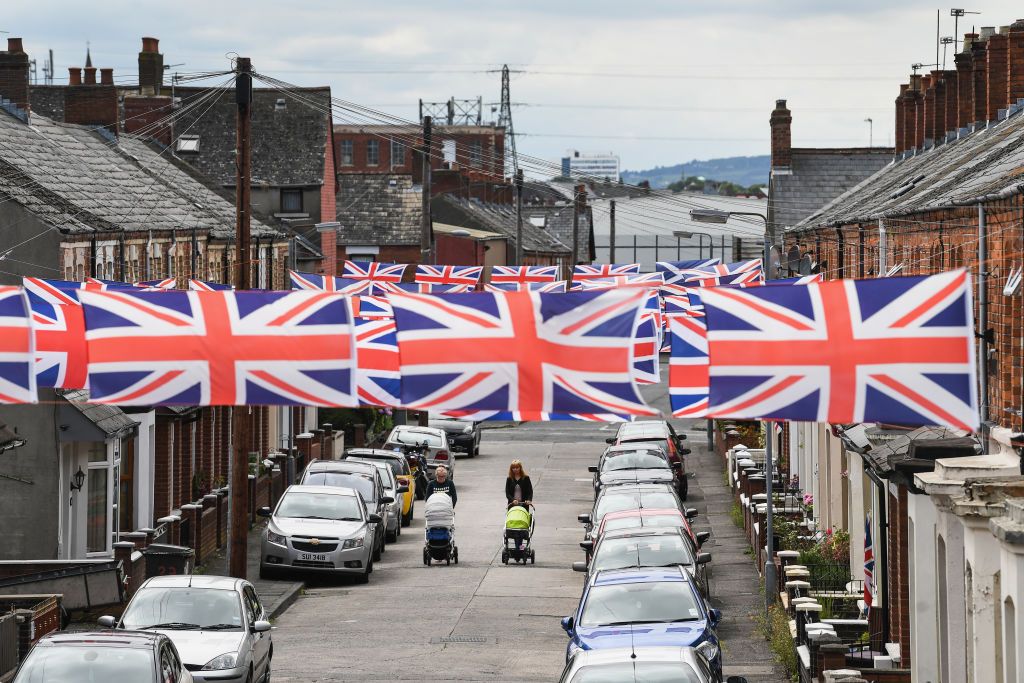 The Glorious Twelfth, The Twelfth, or Orangemen's Day is held annually on July 12, the most important day in the marching calendar which marks the Orange Order's commemoration of the victory of Protestant William of Orange over Catholic James II in the Battle of the Boyne in 1690.

July 12 is generally a public holiday in Northern Ireland, where the general population is off and schools and businesses are closed.

Why are bonfires lit in Northern Ireland on July 11? 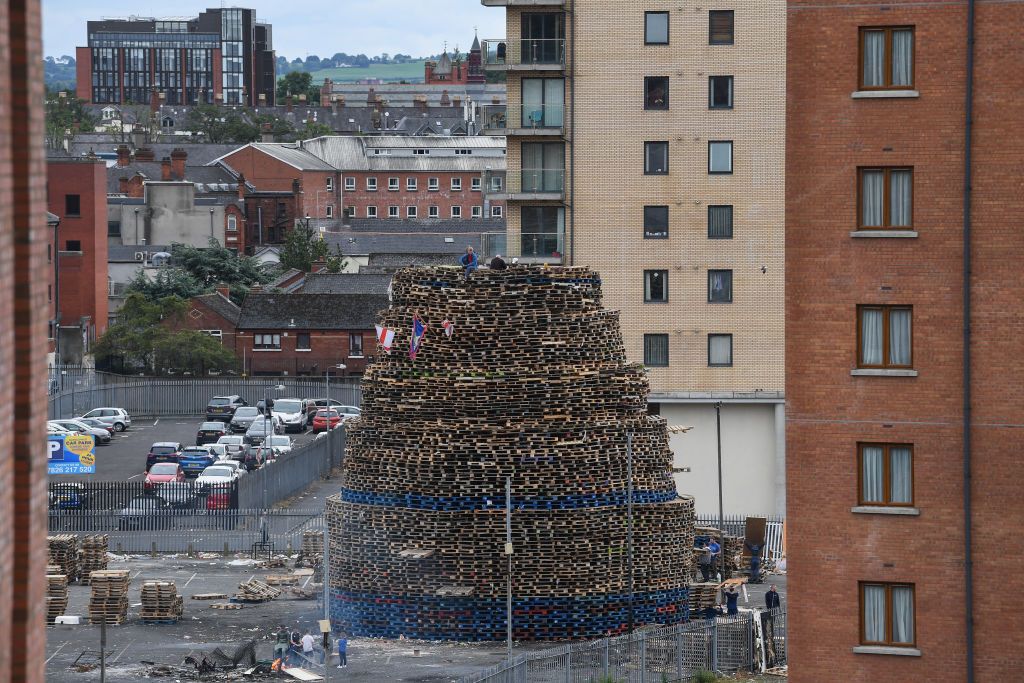 Loyalists sit on the Sandy Row bonfire being built in preparation for the 11th night bonfire on July 10, 2017, in Belfast, Northern Ireland. (Photo by Jeff J Mitchell/Getty Images.)

Known as the Eleventh Night, bonfires are lit on the evening of July 11. The tradition exists throughout loyalist areas in Northern Ireland where bonfires are lit and street parties are often held the night before July 12. Loyalists are those in Northern Ireland who remain loyal to the British Crown and wish to always remain a part of the British Empire.

The tradition is believed to have started to commemorate the lighting of fires on hilltops in Antrim and Down that helped Williamite forces navigate through the Belfast Lough at night during the Williamite Wars in Ireland.

Symbols of Irish nationalism, republicanism or of Catholicism have often been added to the pyre during the bonfires, although moves have been made in recent years to remove the sectarian element of the bonfires as well as the burning of tires which causes harmful chemicals to be released into the air.

What is the criticism of the Eleventh Night bonfires? 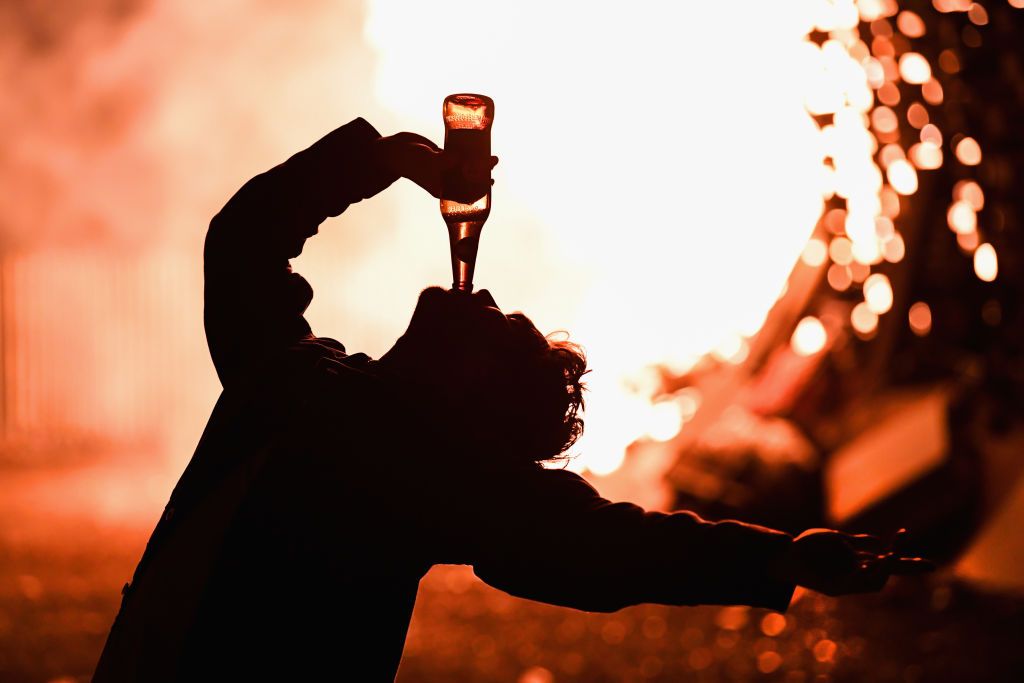 The Orange marches and demonstrations celebrate the Battle of the Boyne in 1690 when the Protestant King William of Orange defeated the Catholic King James II on the banks of the river Boyne. (Photo by Jeff J Mitchell/Getty Images)

Many of those who criticize the Eleventh Night bonfires believe that they are magnets for anti-social behavior while those who defend them believe they are a family-friendly celebration of loyalist culture.

According to data compiled by the Irish News in 2016, the Twelfth of July results in similar crime levels to those around St. Patrick’s day, a day that could be seen as the rival nationalist or republican holiday.

Looking through crime statistics for the period between 2009 and 2015, the Irish paper found that while the Twelfth came out on top for crime when taken as a single day only (405 offenses to St .Patrick’s 379), St. Patrick’s Day featured more crime when studied over a 36-hour period surrounding the event.

Do you think that the annual bonfires work against the peace process or are they a tradition that should be maintained? Let us know in the comments section, below.