Tributes pour in as the three teenagers who were killed during a 'crush' outside of a St. Patrick's Day disco in Cookstown, Co Tyrone have been named. 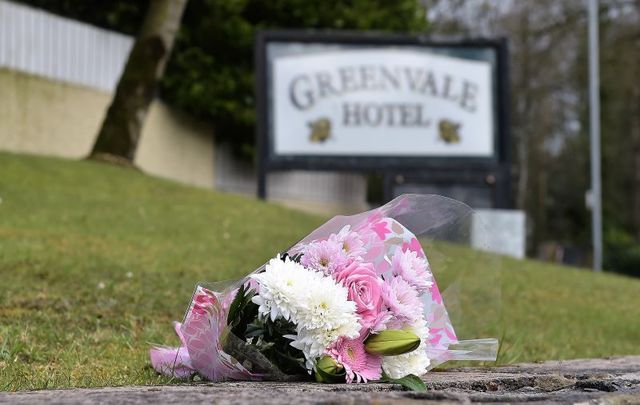 The PSNI have launched a massive investigation into the tragic St. Patrick's Day events

Tributes are pouring in online for the three teenagers who were killed in Cookstown, Co Tyrone during what is being called a 'crush' outside of a teenage disco on St. Patrick's Day.

Morgan Barnard, 17, Lauren Bullock, 17, and Connor Currie, 16, all tragically died on Sunday when the entrance queue for a teenage disco at the Greenvale Hotel in Cookstown, Co Tyrone turned into a crush of people.

One teenager died at the scene, while the two others died later at the hospital. A number of other teenagers were also injured.

It has been confirmed that two men have been arrested on suspicion of manslaughter in relation to the incident. The two men aged 52 and 40 were detained early on Tuesday.

The Belfast Telegraph reports that this is the second St. Patrick's Day tragedy to strike the family of 17-year-old Morgan Barnard. SDLP councilor Denise Mullan said: "It's the 17th of March again and it's hit that poor family once again, and the town as well."

Both Morgan Barnard and Connor Currie were students at St. Patrick's Academy in Dungannon, who said in a public post: "Our lives have been enriched by knowing them and they will always have a place in our hearts."

This is a time of profound sadness for our school community as we come to terms with the tragic loss of our much loved...

Edendork Gaelic Athletic Club shared a tribute to Conor Currie, "our much loved and highly thought of player and member:"

As a club and community, we are deeply saddened and devastated to hear of the tragic passing of our much loved and...

Lauren Bullock was remembered fondly by both her St. Patrick's College secondary school, as well as her beloved Euphoria Allstar Cheerleading group.

RIP Lauren Bullock A daughter and sister. Our treasured friend. Our gifted student. Our young person of truth, faith, and integrity. Our shining light. Our Loss. Rest in Peace Lauren 

Euphoria are absolutley devastated to say we lost one of our senior athletes Lauren Bullock in the tragedy in Cookstown...

The PSNI [Police Service of Northern Ireland] have now launched a massive investigation into what caused the fatal situation at the Greenvale Hotel in Cookstown.

In a statement on Tuesday, Detective Chief Superintendent Raymond Murray, Head of Serious Crime Branch urged people to come forward with information about the incident.

He added that the focus of their investigation is not underage drinking, but rather the circumstances that led to the tragic deaths.

The PSNI has also urged people who were in attendance to not upload photos or videos of the incident to social media, but share them with the PSNI instead.

It started with pushing and shoving but everyone was still laughing and having a good time. Then the literal crushing...

Michael McElhatton, the owner of the Greenvale Hotel, was on the scene on Sunday giving CPR to victims. On Monday, he said: “We are all deeply shocked and saddened by the traumatic events of last night."

“We offer our heartfelt sympathies to the families and friends of the three young people who have lost their lives.”