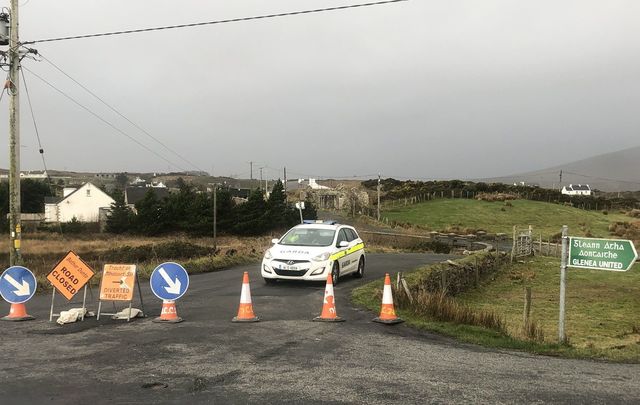 The four men are understood to have been childhood friends

A Donegal car crash has tragically claimed the lives of four men, all in their 20s, on Sunday evening.

The accident, which only involved one car, occurred on Sunday evening on a coastal road in Donegal between Gortahork and Gweedore.

In a statement issued on Monday, Superintendent David Kelly of Milford Garda said: “Garda last night, at approximately 8:40 pm, received a report of a single vehicle collision at Gleannhualach.”

Garda Superintendent David Kelly makes an appeal for information regarding a crash in West Donegal in which four young men lost their lives overnight #Donegal pic.twitter.com/9dqEA77VrL

“When they attended the scene they found one vehicle, a 01DL registered silver Toyota Corolla hatchback off the road and there were four casualties. Also in attendance were the HSE ambulance service and our colleagues from Donegal County Council fire and rescue service.”

Read More: Irishman searches for doctor who saved his life after heart attack and car crash

"It was dark, it was a tragic scene, family members arrived. I'd like to sincerely on behalf of the Gardai and my other colleagues to offer our condolences to the families, their friends and the community following this tragic incident.”

Superintendent Kelly added: "If anyone saw that silver Toyota Corolla with a 01DL registration traveling in the direction of Magheroarty to Gweedore yesterday evening prior to 8.40pm, or indeed earlier in the day to please contact the Gardai at Milford Garda station on 074 9153060 or the garda confidential line 1800 666111."

In the wake of the tragedy, Sinn Fein TD for Donegal Pearse Doherty tweeted:

Devastating news from Gaoth Dobhair tonight. A cloud of sadness over the area. Thoughts and prayers are with those involved and their families.

Gweedore parish priest Father Brian O'Fearraigh, who was called to the scene of the accident at approximately 9 pm, said to RTE "It just makes no sense whatsoever, it is a terrible tragedy.”

"These communities have been plunged into the depths of grief and mourning in this most tragic of events."

Maeve Sweeney, who was principal at the elementary school of three of the boys, told RTE News: "They were three lovely lads, gentlemen I suppose is how we would describe them. Many people have fond memories of them this morning, staff members, people in the school and community"

"It's been heart-wrenching, I suppose and our thoughts and our prayers are with the families. It's unimaginable what they are going through at this moment."

The investigation into what caused the crash is ongoing.