A 60-year-old Wexford man who suffered cardiac arrest and crashed his car while driving in south Dublin last month is looking for the three people who saved his life. 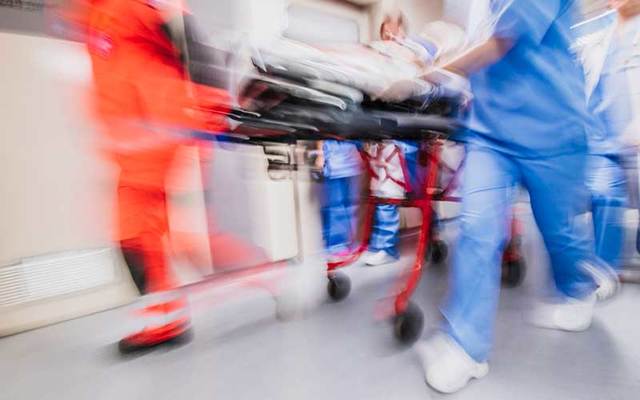 A 60-year-old Wexford man who suffered cardiac arrest and crashed his car while driving in south Dublin last month is looking for the three people who saved his life.

On Friday, December 7, Patrick Sweeney went into cardiac arrest and crashed into the car in front of him, which was driven by a doctor.

The doctor, along with two paramedics who quickly arrived at the scene, gave Patrick CPR until an ambulance arrived, Independent.ie reports.

Speaking as a caller on RTE Radio One's Liveline, Patrick told Joe Duffy:” The doctor and two paramedics brought me back to life and kept me there until an ambulance arrived and brought me to St James’s.”

"I don't remember crashing into her, at that stage I was gone.

"She jumped out, my adult son was in the car with me, she knew it was serious and she helped my son get me out of the car.

"It was a female doctor, I have no idea what age she is, this is only what I've been told, I've never seen her.

He said he believes the doctor’s name may be Dr Ashlyn/Ashing Lou/Loy, but the insurance company was not allowed to share her name.

"I don't know what happened, Joe," he continued, "they were just there in the right place at the right time and, if they weren't, I wouldn't be here today."

Read More: 10 most ridiculous emergency calls for an ambulance according to Irish health service

Patrick was in a coma for three days and had two stents put in after the accident.

"I died three times, these three people brought me back to life.

"When I woke up, I hadn't a clue what happened, or anything else, but I was alive.

"I had no memories whatsoever, and there was nothing to indicate that there was any problem whatsoever."