Tragedy as student dies after falling from Cliffs of Moher

A man has died after falling off of the Cliffs of Moher while attempting to take a photo. 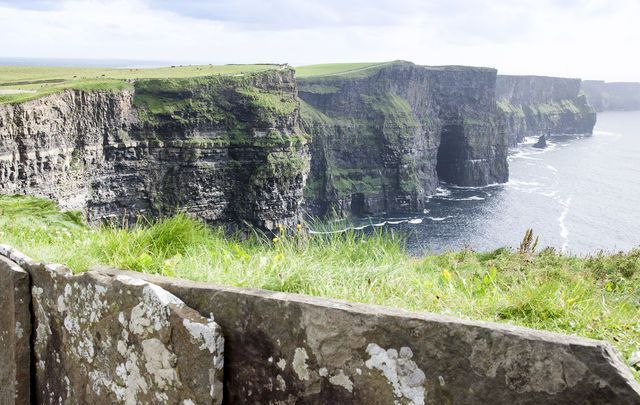 Witnesses say the college student was attempting to take a selfie

A college student has died after falling from the Cliffs of Moher in Co Clare while reportedly trying to take a picture.

The Journal reports that the college student, who is believed to be an Indian national, fell from the Cliffs of Moher at about 3:15 pm on Friday, January 4.

As soon as the alarm was raised, the Doolin unit of the Irish Coast Guard and the Shannon based search-and-rescue helicopter mobilized. Rescue 115 arrived at the scene to carry out a search.

The body of the man was located and flown by helicopter back to Doolin where he was officially pronounced dead before being removed to University Hospital Limerick for formal identification and post-mortem examination.

After speaking with a number of eye-witnesses, gardai are treating the incident as a tragic accident.

The Irish Times reports that there were hundreds of visitors at the hugely popular tourist attraction at the time of the accident, many of whom watched the search and rescue operation unfold.

A Garda spokesman said: “Initial indications are, having taken statements from a number of people, is that the victim was taking a selfie and lost his footing.”

Gardai are continuing their investigation while also attempting to make contact with the victim's family in India.