Minister for Foreign Affairs Simon Coveney rejected the idea of a citizen's assembly on Irish unity as it wouldn't appeal to unionists. 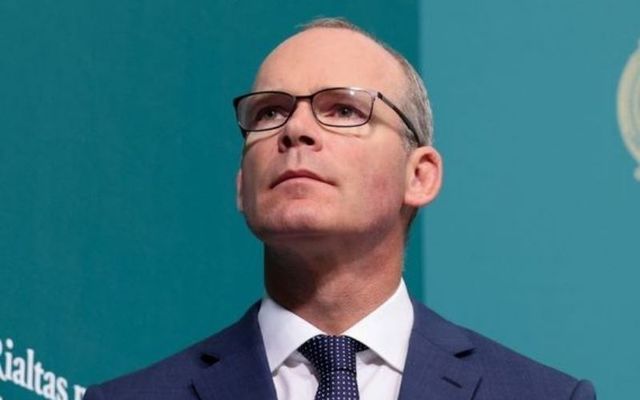 Minister for Foreign Affairs Simon Coveney has said that the Irish Government will not support a citizens' assembly that would discuss what a United Ireland might look like.

The Ireland's Future group has called on the Government to create an assembly on Irish unity, but Coveney said that an assembly with the sole purpose of planning for a United Ireland would not attract the support of unionists in Northern Ireland.

Coveney addressed the third event in the Shared Island Dialogue series and said that an assembly focused on Irish unity would not be balanced.

"We can’t have a predetermined outcome," Coveney told the Shared Island Dialogue. "There is an argument that we need to set up a citizens’ assembly to have a conversation around the reunification of Ireland. If that’s a point, it will be very hard to get everybody into that conversation."

The Shared Island Dialogue series was established by Taoiseach Micheál Martin and aims to foster constructive and inclusive civic dialogue with all communities based on the Good Friday Agreement.

The third online event of the series featured 120 different civic groups and centered on civil society and community engagement, which Coveney believes are central to the peace process in Northern Ireland.

Coveney was responding to comments from Patricia MacBride - a founding member of Ireland's Future - who is pushing for an assembly on Irish unity.

She said that the group had published several documents over the last two years on what a united Ireland might look in addition to facilitating numerous discussions.

She asked Coveney if the Government would establish an all-Ireland citizens' assembly to look at the constitutional future of Ireland, but Coveney rejected the idea.

He said that the Government wanted to "invite a discussion" on a United Ireland and "not force it".

Coveney additionally said that the Government needed to find a structure that would encourage all communities in Ireland to engage in discussions to better reflect the different voices on the island of Ireland.

"How do we create a perspective that is inclusive and where people’s perspectives are not dismissed by a majority of others?" He asked the Shared Island Dialogue.

"The really important question is how we can set up a structure that all communities will be represented and that allows people to speak freely though those conversations might be difficult and strained."