Catherine McCracken thwarted a would-be kidnapping in her own home 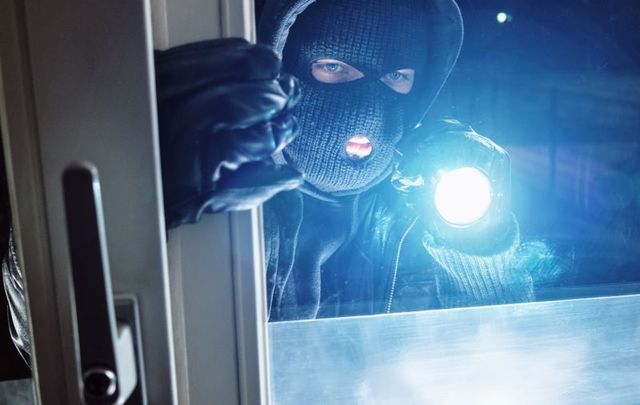 Catherine McCracken thwarted a would-be kidnapping in her own home

Armagh mother Catherine McCracken awoke to find a would-be kidnapper standing over her young daughter's bed in their Craigavon home in the early hours of March 30.

Read More: Catholic priest who admitted to abusing a boy in Ireland won’t be prosecuted

McCracken, who was dozing at the time of the incident, said she noticed someone “tip-toe” by her but assumed it was her partner Paul getting up to have a cigarette.

"I got very frightened at this point and did not want to open my eyes but I knew I had to," McCracken wrote on social media according to the Belfast Telegraph.

"As I looked up I saw a man stand over my child, he had his hands down beside her."

McCracken said the intruder was a tall, white male in his late 20s with a skinhead hair cut. He was wearing blue jeans and a cream colored top.

"I shouted again in a louder voice: 'Who are you?' He moved towards me and I screamed for my partner."

McCracken said she chased the man out of the house who fled through the family’s front door. She later discovered ladders erected at her neighbor’s home, and that the intruder gained access to the McCracken house through her son’s bedroom window which had been left open.

The following day, McCracken’s daughter shared what she remembered about the ordeal: "She told me a man rubbed her hair in a circular motion... he tried to lift her.”

"She said he had black gloves, they looked like daddy's gloves, but she knew it wasn't her daddy. He said to her: 'Come with me'."

"Then she heard me shout at him."

"My child is still upset," McCracken said of her daughter, who will be meeting with detectives trained especially to deal with children.

McCracken urged other parents to make sure their windows are locked. "The next child might not be as lucky," she said.

A PSNI spokesperson told Belfast Live: "Police in Craigavon are investigating a report that a female resident in the Drumbeg area awoke at around 2.30am on Saturday morning, 30 March, to find an unknown male inside her bedroom.”

"Enquiries are now underway to establish exactly what has happened and to locate the male involved.”

"Please contact police if you were in the area during the early hours of Saturday morning and saw a man described as in his 20s with a shaved head, wearing jeans and a cream top.”

"This would be a petrifying ordeal for anyone, but more so for a parent with children to protect.”

"Someone out there must have seen something. There is a mum out there who will no doubt lie awake tonight worrying. Help us keep her safe. Help us find out who is responsible."