The United States Department of Justice officially announces that the world’s largest facilitator of child pornography has been extracted to face charges in the US. 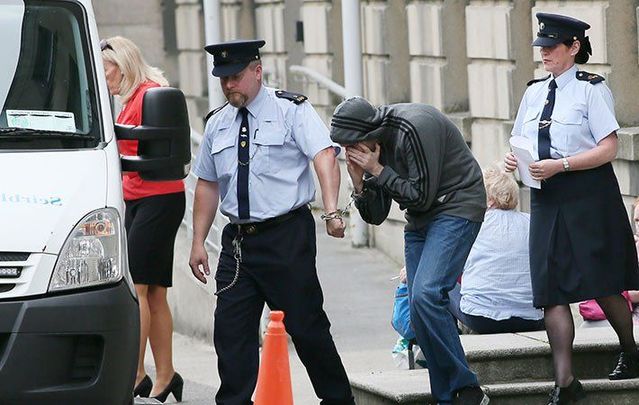 The United States Department of Justice has officially announced that Dublin based Eric Eoin Marques, dubbed the world’s largest facilitator of child pornography, has been extracted to face charges in the US

Eric Eoin Marques was born in New York to an Irish mother and Portuguese father but had been living in Dublin since he was a child and has dual US-Ireland citizenship.

Highlights of the US Department of Justice’s statement read:

“The extradition and federal charges were announced by Assistant Attorney General Brian A. Benczkowski of the Justice Department’s Criminal Division, U.S. Attorney Robert K. Hur for the District of Maryland and Assistant Director Robert Johnson of the FBI’s Criminal Investigative Division.

Eric Eoin Marques, 33, arrived in the United States on March 23 and had his initial appearance today before U.S. Magistrate Judge Timothy J. Sullivan in U.S. District Court in Greenbelt, Maryland. An amended criminal complaint was filed on Aug. 8, 2013, and unsealed today at Marques’ initial appearance.  Marques is charged with conspiracy to advertise child pornography, conspiracy to distribute child pornography, aiding and abetting the advertising of child pornography, and aiding and abetting the distribution of child pornography.  At the hearing, U.S. Magistrate Judge Sullivan ordered that Marques be detained pending trial or a detention hearing scheduled for March 27, 2019 at 11:30 a.m.

“The complaint unsealed today demonstrates the Department’s commitment to pursuing those accused of serious child pornography offenses wherever they may hide on the web and in the world, and to seeking justice for the countless children that are victimized by those who facilitate this horrendous conduct.”

“We will find them and bring them to justice.  We are grateful to Irish authorities for their assistance to bring Eric Marques to the United States to face these charges.”

“Today’s extradition of Eric Marques demonstrates that no matter where you are in the world, the FBI and its international law enforcement partners will be diligent in their efforts to hold you accountable for your criminal activity,” said FBI Assistant Director Johnson.

“The FBI will never stop working to ensure justice is served for the vulnerable child victims who are unable stand up for themselves.”

…  According to the amended criminal complaint, as of July 12, 2013, one site hosted on the AHS reported that there were almost 1.4 million files that were uploaded and accessible by individuals who visit the hidden service.

For more read the full US Department of Justice statement here www.justice.gov.