Rev. Paul Madden has admitted to abusing a 13-year-old boy while on a mission trip to Ireland. 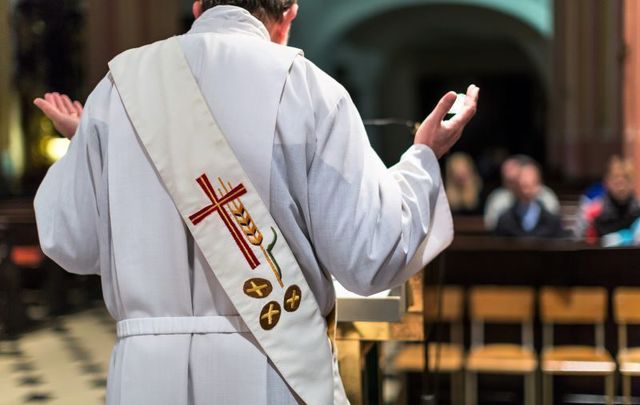 After admitting to abusing a child, Rev Paul Madden will not face prosecution. Getty Images

Rev. Paul Madden was on a mission trip to Ireland when he abused a teenage boy in 1973

Catholic priest Reverend Paul Madden won’t be prosecuted after he admitted to abusing a teenage boy in 1973 while on a mission trip in Ireland.

The Clarion Ledger reports that Rev. Madden is amongst a group of clergymen named by the Jackson Diocese in Mississippi as having been “credibly accused of abuse.”

Rev. Madden has admitted to abusing a 13-year-old boy while the two were on a mission trip in Ireland in 1973.

A spokesperson for the Attorney General’s office told The Clarion Ledger that Rev. Madden could not be prosecuted in the US as the abuse happened overseas and was out of Mississippi’s jurisdiction.

The Clarion Ledger reports that the boy’s mother never went to the authorities with the abuse allegations, only to the Church in 1993.

Earlier this month, The Clarion Ledger obtained written correspondence that occurred between Rev Madden and the unnamed boy’s mother.

The boy’s mother, now 90, first wrote to Rev. Madden in 1995 when the priest was stationed in Lima, Peru.

“I’m sure this letter will come as a surprise to you,” the boy’s mother wrote in October 1995. “I need some answers and you are one person who can respond with them.”

“Paul, did you ever have any idea what your sexual assault on my son (name redacted) would do to him?”

“Did you ever think about how frightened he was and of being trapped in a foreign country when you abused him?”

The boy’s mother continues to question the priest and also wrote: “The church has mishandled this atrocious behaviour (sic) on your part. They have helped hide you out and helped you to run from the consequences of your actions.”

In his first response to the boy’s mother, Rev. Madden wrote in November 1995: “Pastorally I want to respond and say that I am sorry for the hurt, rage and pain that you are feeling. If I could do anything to alleviate your pain I would do it.”

“I know that it is difficult for you to address the intense feelings of trauma that you are experiencing.”

“The diocese has assured me that they have offered you therapy and that you have accepted that offer.”

“They have also reached out to your son (name redacted) emotionally, spiritually and financially. While these efforts do not take away from your pain they may be a small step on that journey.”

“I can only assure you that I will continue to pray for you that you may continue the process of recovery.”

The boy’s mother responded in another letter in January 1996: "You stated 'If I could do anything to alleviate your pain, I would do it.'"

“You can begin to help alleviate my pain by answering my questions sent to you in October.”

“You can help alleviate my pain by showing some remorse with a personal apology to me for your abuse of my son.”

In his lengthy final letter to the boy’s mother, Rev. Madden wrote in June 1996: "Since 1973 I have been plagued with remorse and guilt for my molestation of your son.”

"There is no excuse for my actions and I assume responsibility for them as a humble penitent."

He added that he will continue to pray for her, the boy, as well as himself.

The boy's mother never responded to the final letter.

In 2015, Rev. Madden said on video that “something happened” and he “obviously” regrets it:

Rev. Madden is currently retired according to the Jackson Diocese.