Somehow, though, time and again, there is a failure to understand that the shamrock is not a four-leaf cover. 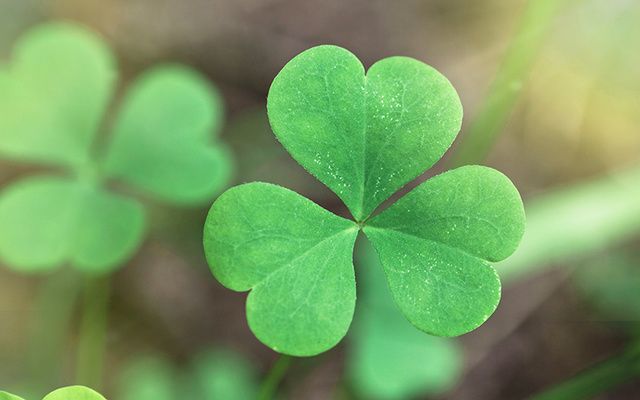 A shamrock not a four-leaf clover. iStock

This from yesterday’s New York Times:

“An earlier version of the illustration associated with this article showed a four-leaf clover to symbolize Ireland, but the Irish shamrock is conventionally depicted as a trefoil. The image has been amended accordingly.”

The august New York Times does not seem to know that the shamrock not the four-leaf clover is the symbol of Ireland.

How they will hate this: They join Donald Trump, whose campaign caps last St Patrick's Day showed a clover alongside his “Make America Great Again” slogan. Trump quickly pulled the baseball caps.

President Obama can’t hide either. As we reported in 2013: “The Obama re-election camp has corrected their four-leaf clover gaffe and released a special ‘I Shamrock O’Bama’ t-shirt just in time for St. Patrick’s Day.”

The Times, Trump, and Obama thus join up with every used-car dealer, blarney hustler, and bars that should know better that display the clover not the shamrock around St.Patrick's Day as their contribution to Irish culture.

Their admission to this came at the end of an excellent op-ed piece by Irish writer Fintan O’Toole  entitled, “Are the English able to govern themselves?” The question is also does the New York Times know anything about Ireland?

Displaying the clover instead of the shamrock displays a remarkable ignorance about the symbolism of Ireland. Would you mistake a chihuahua as a national symbol of Britain rather than an English bulldog? How about a crow instead of an eagle for the United States?

Somehow, though, time and again, there is a failure to understand that the shamrock is not a four-leaf cover.

As journalist Amy Willis wrote last St.Patrick's Day in her Metro UK column: “Hang your head in shame if you thought a four-leaf clover was linked to St Patrick’s Day.

“That’s because you are totally confusing your lucky charms – either that or you can’t count.

“It is actually shamrocks that are associated with St Patrick’s Day and JSYK a four-leaf clover is absolutely NOT the same thing as a shamrock.”

Got that New York Times? A four-leaf clover is absolutely NOT the same thing as a shamrock.

How to know? A four-leaf clover, yes, four leaves, A shamrock has three.

St. Patrick in legend did not take a four-leaf clover to explain the Holy Trinity. He picked up a shamrock.

Shamrocks and four-leaf clovers are not the same thing. A Shamrock has three leaves, said to represent the Trinity.

Read more: Everything you know about the St. Patrick's Day shamrock is a lie

In an article from Christy Dorrity on a blog dedicated to Irish dance, the differences between the two are outlined:

1. A four-leaf clover is a mutation of a shamrock, and can represent faith, hope, love and luck.
2. Alternately, the four leaves stand for Father, Son, Holy Spirit, and God’s Grace.
3. The term "shamrock" comes from the Irish word, seamrog, which translates to "little clover"
4. During the reign of Queen Victoria, the shamrock was identified as a sign of rebellion and independence from the British crown
5. To wear a shamrock on a military uniform was classified as a crime punishable by death.
6. The shamrock has been registered as a trademark by the Government of Ireland.
7. Clovers can have more than four leaves: the most ever recorded is twenty-one.
8. It has been estimated that there are approximately 10,000 three-leaf clovers for every four-leaf clover.
9. For good luck, a four-leaf clover can be included in the bouquet of an Irish bride, and also in the boutonniere of the groom.
10. According to Nathaniel Colgan, the botanist and author of The Flora Of County Dublin in 1904, people even ate the shamrock in times of famine.
11. No one can agree on which type of clover is the original shamrock.

We can all see a shamrock is not a four leaf clove Can’t we all get along on this?