Clues into the Irish population's diet during Ireland's Great Hunger were discovered in research carried out on the teeth of famine victims from the 1840s. 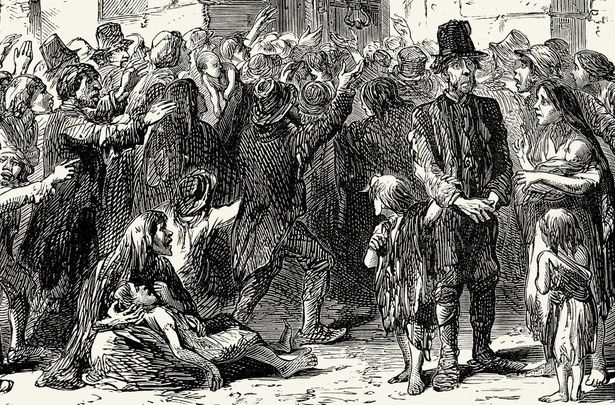 Victims of Ireland's famine clamber at the gates of a workhouse. Getty Images

Research headed up by the University of Edinburgh carried out scientific analysis of dental calculus—plaque build-up— on the teeth of 42 victims.

The analysis revealed that the diet during the Irish potato famine involved corn (maize), oats, potato, wheat, and milk foodstuffs. 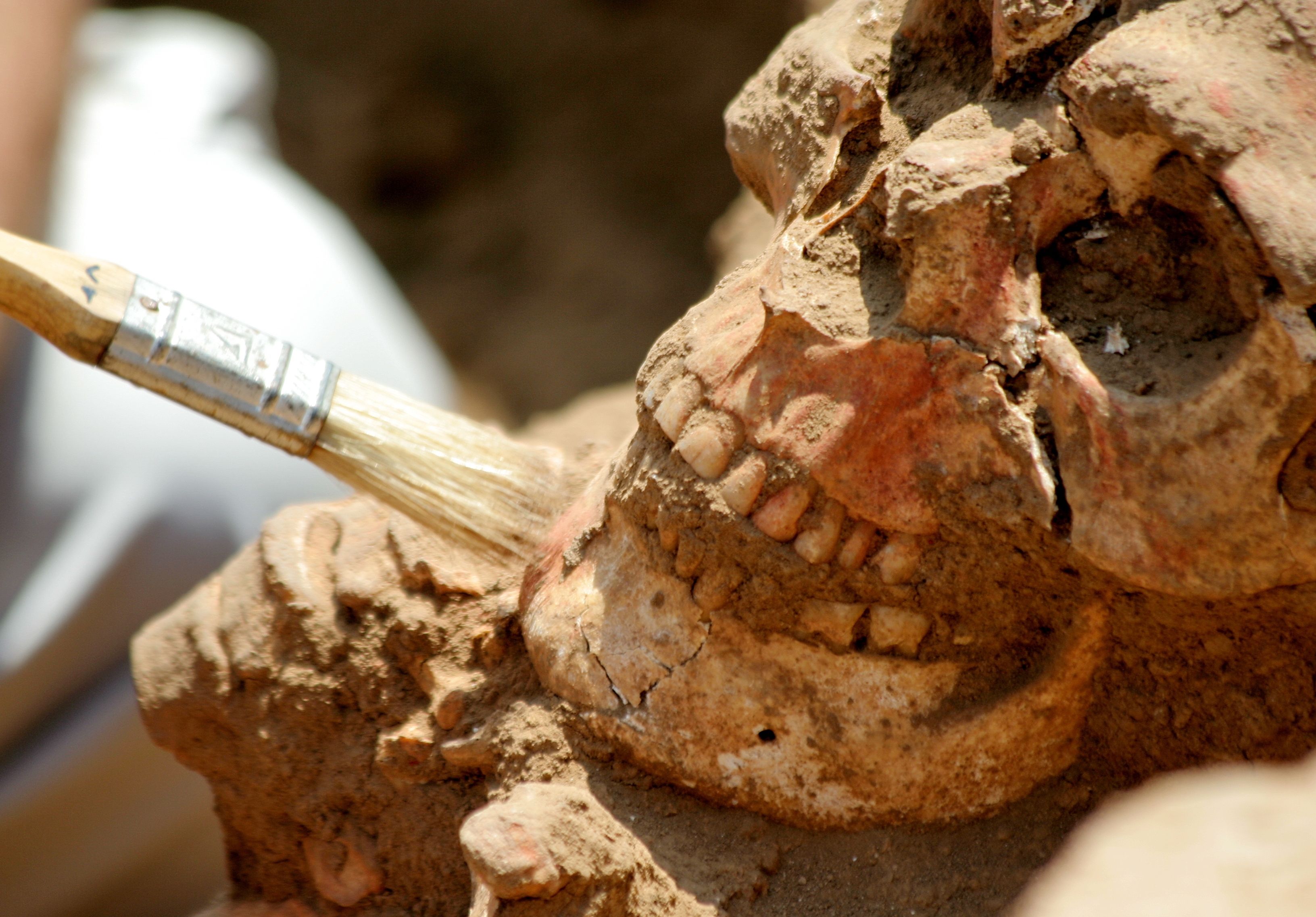 Analysis of teeth of famine victims disclosed a great deal about their diet.

Surprisingly, the teeth of three of the victims showed evidence of egg protein in their diet, something that is more associated with diets of non-laboring or better-off social classes at the time.

"The results of this study is consistent with the historical accounts of the Irish laborer's diet before and during the Famine,” said Dr. Jonny Geber of the University of Edinburgh's School of History, Classics, and Archaeology, one of the lead researchers.

“It also shows how the notoriously monotonous potato diet of the poor was opportunistically supplemented by other foodstuffs, such as eggs and wheat, when made available to them.

"The Great Irish Famine was one of the worst subsistence crises in history but it was foremost a social disaster induced by the lack of access to food and not the lack of food availability."

The research analyzed the dental calculus on the teeth of 42 people, aged approximately 13 years and older who died in the Kilkenny Union Workhouse.

The remains of nearly 1,000 were discovered in mass burial pits on the grounds in 2005.

The results of the study showed clues into the diet during the Irish potato famine that included evidence that potato and milk was virtually the only source of food for a vast proportion of the population in Ireland. It also showed a dominance of corn, as well as evidence of oats and wheat.

The study was a collaboration between researchers from the Universities of Edinburgh, Harvard, Otago in New Zealand, York, Zurich, and the Max Planck Institute for the Science of Human History in Germany.

Save Kim: Roscommon dog owner insists the "battle is far from over"