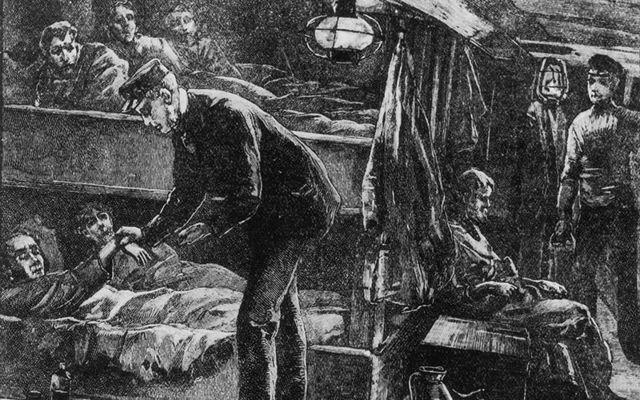 Irish Famine coffin ships: An illustration of life on board the boats transporting the Irish around the world during the 1800s. Getty

The bleak discoveries of the Irish Famine dead give an insight into the lives of these 14 people from the mid-1800s.

The analysis of the bones of Irish immigrants, from the Famine times, discovered during the 2019 archaeological dig at Pointe-Sainte-Charles, in Montreal, has revealed the level of disease and malnutrition they suffered before their death.

The remains of 14 people, including seven adults, three teenagers, and four children suffered from fractures, bacterial infections, chronic diseases and signs of malnutrition, according to reports from bio-archaeologist Marine Puech at the Ethnoscop lab in Boucherville, Quebec.

Puech told CBC these Irish immigrants were from southwest Ireland and died between August and September in 1847. This year, known as "Black '47" was the height of the Irish Famine which, in total, saw one million Irish and another one million emigrate.

According to the lab, Ethnoscop, the results of the analysis showed unspecified stress and diet deficiencies like iron as well as notable lead levels. Trace evidence of malnutrition was found, which left them susceptible to other diseases.

The Irish fleeing the Great Hunger in 1847 would have traveled by coffin ship having lived in dire conditions at home. These coffin ships would often see over 200 migrants living in close humid conditions. rife for the spread of typhus, which would not show up on bone analysis. Many of the emigrants died at sea or shortly after they arrived. 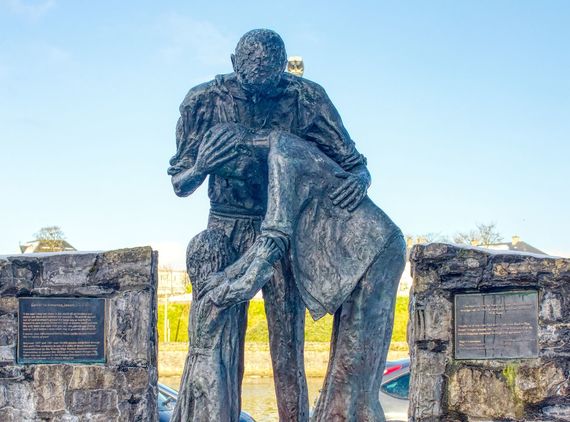 A monument to the Irish Famine in County Sligo.

Victor Boyle, president of the Montreal Irish Monument Park Foundation told CBC "It's incredible. First they found coffin remnants, artifacts, then bones. But even as bones, they were just bones," said Boyle.

"But to be shown at the laboratory, these bones being assembled as a full skeleton, hearing what their diet was, what part of Ireland they were probably from, now there's a person lying on that table."

"I've never worked like this, so close to the community," Puech added, saying she is happy to be "giving voice to people."

Irish Famine dead to be remembered

These 14 victims were among the 6,000 Irish buried in a mass grave at Pointe-Sainte-Charles. The "Black Rock" one of the oldest Famine memorials was erected by the Irish construction workers who discovered the remains while they were building Victoria Bridge close by. Most of those buried died of typhus. 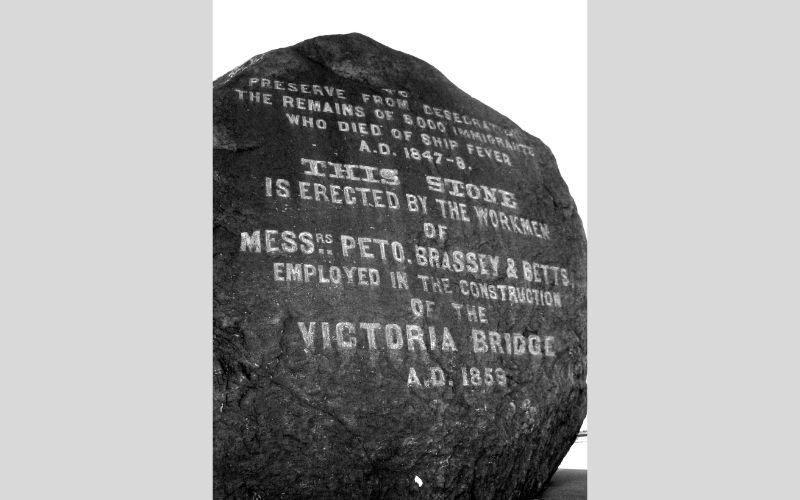 The text on the stone reads: "To Preserve from Desecration the Remains of 6000 Immigrants Who died of Ship Fever A.D. 1847 – 48. This Stone is erected by the Workmen of Messrs. Peto, Brassey and Betts Employed in the Construction of the Victoria Bridge A.D. 1859."