Taoiseach Micheál Martin has tested positive for COVID-19 the night before he was set to meet US President Joe Biden at the White House for St. Patrick's Day. 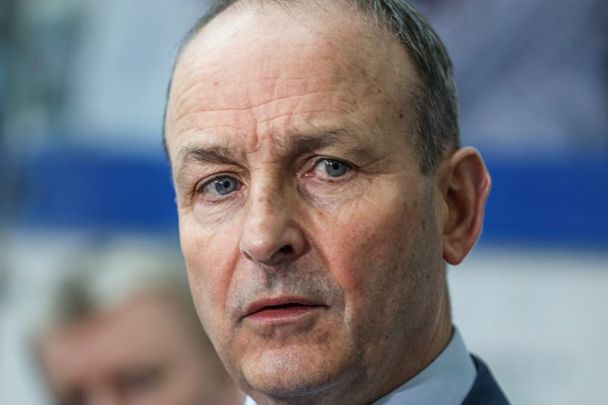 Taoiseach Micheál Martin tested positive for COVID-19 late on March 16, the day before he was to meet with US President Joe Biden on St. Patrick’s Day.

After initially testing negative, the Taoiseach took another COVID test after a member of the Irish delegation visiting Washington, DC tested positive. His second, precautionary test came back positive on Wednesday night.

The Taoiseach was already at the Ireland Funds Gala in Washington, DC on Wednesday night when his positive test came through.

According to RTE, US Speaker of the House Nancy Pelosi was about to present the Taoiseach with an award, however, Ireland's Ambassador to the US Dan Mulhall stepped on stage and announced that the Taoiseach had tested positive.

Ambassador Mulhall accepted the Taoiseach's leadership award on his behalf after he left the event.

The Ireland Funds later tweeted that they were wishing the Taoiseach a "speedy recovery."

We are wishing An Taoiseach @MichealMartinTD a speedy recovery from COVID and thank Amb @DanMulhall for accepting the International Leadership Award on his behalf.

Earlier during the event, the Taoiseach was photographed sitting next to Pelosi:

US President Joe Biden delivered remarks at the event but reportedly left promptly after.

The Taoiseach was scheduled to meet with US President Joe Biden on Thursday, St. Patrick's Day, at the White House. Those plans are now "up in the air" in light of the Taoiseach's COVID diagnosis, though it is understood that the engagements may be held virtually.

Earlier on Wednesday, the Taoiseach attended a number of events around the Capitol.

Really engaging and encouraging lunch hosted by ⁦@IDAIRELAND⁩ and ⁦@scienceirel⁩ in Washington today.

Good ideas on how we can boost innovation and future-proof Ireland as a global home of research. pic.twitter.com/WAiv1Scrpv

Elsewhere on Wednesday, it emerged that the Taoiseach's St. Patrick's Day breakfast with Vice President Kamala Harris was to be canceled after Harris's husband Doug Emhoff tested positive for COVID-19.