Ireland is among more than 100 delegations taking part in the first-ever Summit for Democracy, a flagship initiative from the Biden-Harris Administration. 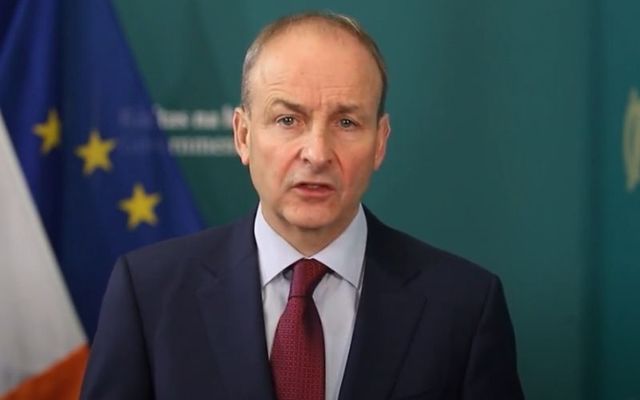 Taoiseach Micheál Martin delivers Ireland's statement for participation during the first-ever Summit for Democracy, initiated by the Biden-Harris Administration in the US. US Department of State, YouTube

Taoiseach Micheál Martin outlined Ireland’s commitment to democracy on Thursday, the second day of the three-day US-led Summit for Democracy.

The Summit for Democracy is a flagship presidential initiative from the Biden-Harris Administration which focuses on three key pillars: Strengthening democracy and defending against authoritarianism; addressing and fighting corruption; and promoting respect for human rights.

Ireland is one of more than 100 delegations that delivered an official intervention during the course of the Summit, which runs virtually from December 8 - December 10. Another Summit is expected to be hosted next year in person, pending the public health situation.

In a speech streamed on Thursday, Taoiseach Micheál Martin said: “Those of us who stand firmly for democracy know that it is something that we must never take for granted. It needs constant tending and renewal, and it needs to be defended whenever, and wherever, it comes under pressure.”

Martin then outlined the Irish government’s initiative meant to “further strengthen and deepen” Ireland’s democracy: “Ireland’s first commitment is to combatting all manifestations of racism, xenophobia, and related intolerance through a combination of legislation and educational measures.

“We will introduce a hate crimes bill to combat incitement to hatred and hate crime online and offline. We will also publish a new national action plan on racism, including measures to combat antisemitism, antigypsyism, and other forms of racism.

“Our second commitment is to strengthen the structures and supports that underpin the very functioning of our democracy. We will establish an independent statutory electoral commission, which will enhance and protect our electoral system into the future.

“We have established a future media commission with the aim of supporting a strong, independent, and pluralistic media sector. It will identify a sustainable pathway for the media over the next decade and beyond.

“We will continue to support free and independent news media through a review of our existing defamation law and the introduction of a bill to reform current defamation legislation.

“Ireland’s third commitment is to ensure greater equality in our society through the full integration of equality concerns into the budgetary process across all branches of local and national government.

“Ireland’s final commitment is to make significant investment through our development aid program to multilateral efforts supporting democracy and protecting civil society space around the world.

“Ireland’s commitment to supporting democracy and human rights at home and internationally and to combat authoritarianism and global corruption is unwavering.

“To quote former US President John F. Kennedy, ‘Democracy is never a final achievement. It is a call to an untiring effort.’

“We all must play our part in the untiring effort to protect the integrity of our democratic systems for the future.”

You can watch Taoiseach Micheal Martin’s address from the Summit for Democracy here:

On Twitter on Thursday, the Taoiseach said he was pleased to join President Biden for the Summit:

Pleased to join host @POTUS Joe Biden and over 100 world leaders at the #SummitforDemocracy today.

Democracy needs constant tending and renewal. We must never take it for granted, at home or abroad. pic.twitter.com/eVd96PW3J1

During his remarks on Thursday, President Biden said: “My fellow leaders, members of civil society, activists, advocates, citizens: We stand at an inflection point in our history, in my view.

"The choices we make, in my view, in this moment, are going to fundamentally determine the direction our world is going to take in the coming decades.

“Will we allow the backward slide of rights and democracy to continue unchecked Or will we together — together — have a vision — not just 'a' vision, 'the' vision — and courage to once more lead the march of human progress and human freedom forward?

“I believe we can do that and we will if we have faith in ourselves, and in our democracies, and in each other.

“That’s what this summit is about.

You can watch President Biden’s remarks at the Summit For Democracy Opening Session here: