Ireland braces itself as two storms, Dudley and Eunice, to hit this week

Status Yellow wind warnings are in effect as Storm Dudley and Eunice are set to hit land. 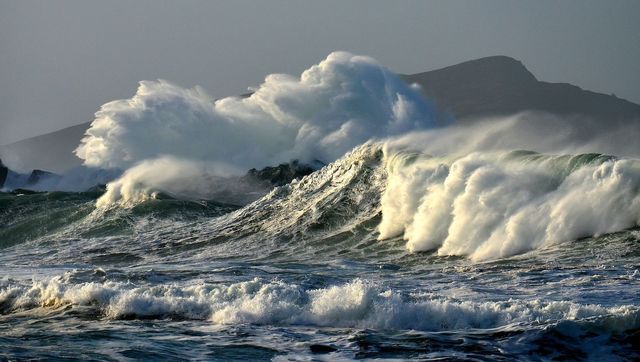 Wind warnings have been issued across Ireland as Storm Dudley is set to hit land on Wednesday ahead of possibly multi-hazardous Storm Eunice, set to land on Thursday, which could include snow.

High wind warns are set to come into place across Ireland from midday on Wednesday as Storm Dudley approaches. A Status Yellow warning will come into effect as gusts of up to 110km/h are predicted.

Ireland's National Meteorological Service,  Met Éireann, said Storm Dudley will bring westerly winds which will reach an average speed of between 50 and 65km/h. This combined with high tides and strong winds will lead to flooding around the coast.

Storm Dudley doesn't look like much on the pressure chart but it'll pack a punch with strong winds later this afternoon and tonight.

Thursday night and Friday will then see Storm Eunice hit. This storm has been described as "multi-hazardous and disruptive." This storm will bring the week's worst weather, tracking eastward over the island.

Met services describe its potential as being a "multi-hazard and disruptive event with damaging winds, heavy rain and snow possible".

The strongest winds are most likely to affect southern counties. Also, significant falls of snow are most likely over central and northern parts of the country with local blizzard conditions possible. Disruption to travel is expected.

Ireland's government committee which coordinates emergency responses, Crisis Management Team, met on Tuesday to prepare for these two storms. They will liaise with the meteorological services over the coming week.

Storm Dudley and then Storm Eunice.

A rough idea of where they will be coming from ⬇️ pic.twitter.com/783IKL2XxA

As the storms approach, the following advice has been issued by the Irish government:

- Stay away from all coastal areas for the duration of the Met Éireann warnings.
- All road users should be aware of the potential for hazardous traveling conditions. Motorists should slow down and be aware of the dangers of fallen trees and debris. High-sided vehicles, cyclists and motorcyclists are particularly vulnerable during this time.
- People should keep their mobile phones charged.
-  Never ever touch or approach fallen wires.

Further warnings will be issued on Wednesday morning and updated on Thursday morning, Met Éireann has said.

In Northern Ireland, a Status Amber wind warning was issued for Antrim and Derry coming into effect from 4pm on Wednesday until midnight.

A Status Yellow wind warning for Antrim, Armagh, Down, Fermanagh, Tyrone and Derry has been issued from 3pm on Wednesday until 6am on Thursday.