Storm Helene poses a “threat to life” when it hits Ireland

Weather experts in the UK are warning of the risks of flying debris when the storm hits. Helene is expected to strike Ireland on Monday night. 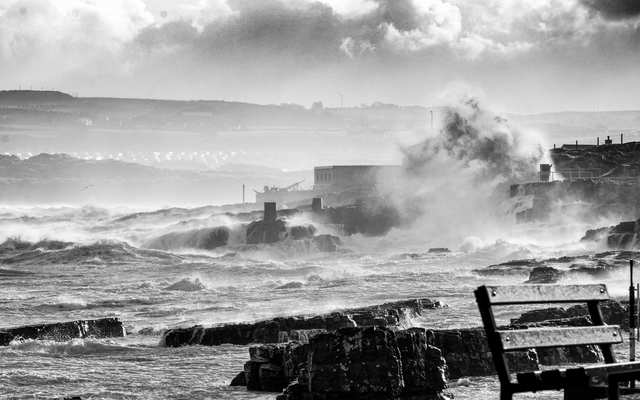 Debris thrown by Storm Helene could cause a threat to life when it hits Ireland early next week, experts are warning.

The UK weather service has issued a caution stating that there is a danger of injuries when the tail end of the hurricane pounds the country on Monday night, placing an alert in place from 6 pm on Monday until 12 noon on Tuesday.

Power cuts, large waves, and beach material being thrown are predicted for the UK during the powerful storm which is set to hit Ireland first. Irish forecasters are also warning that the weather forecast should be closely watched over the weekend as the storm approaches.

“It’s difficult to tell what the effects will be until closer to the time but we urge people to keep an eye on Met.ie over the weekend,” said a spokesperson from Met Éireann.

Tropical Storm Helene is a fish storm with and ends up as a rainy day in Ireland. @FCN2go pic.twitter.com/BB9fMfEWBO

“This storm will be nothing like Ophelia, which was a full-blown hurricane.”

Of the weather in Ireland, Met Éireann said, "There is a lot of uncertainty in the details for early next week, but indications are for very disturbed weather.”

“There is a risk of some extremely windy conditions with heavy rainfall on Monday night or Tuesday but there is a large degree of uncertainty in details at present.”