Wind gusts have reached up to 80 mph and flooding has been reported in some areas. 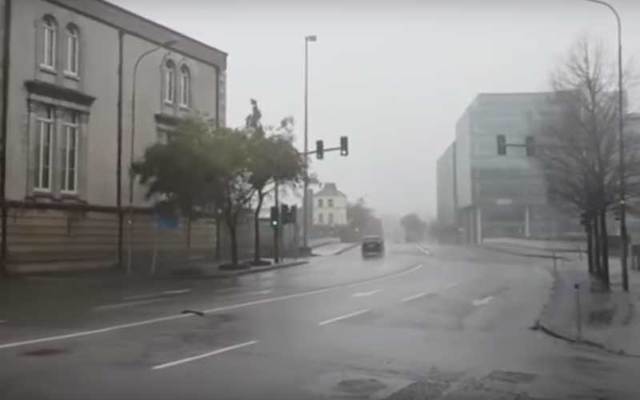 Storm Brian hit Ireland on Saturday, bringing high winds and heavy rain less than a week after Ophelia devastated parts of the country.

Gusts on the south coast have reached up to 80 mph (130km/h) this morning according to Irish weather agency Met Éireann. Flooding has also been reported in some areas, as the water level of the River Shannon rose.

A status orange national weather warning, the second most severe alert, remains in place. There is also an orange wind warning in effect for the coasts of Mayo, Galway, Clare, Kerry, Cork, Waterford and Wexford and will remain in place until 10pm Saturday.

Met Éireann's Gerry Murphy said Storm Brian would be a typical Atlantic storm and "won't be anywhere near as strong as Storm Ophelia.”

Plans for this afternoon? #StormBrian will bring a wet and windy day, so take care if you're heading outdoors. Stay #weatheraware 🍃 🌦️ pic.twitter.com/kEFYVCMk2r

He said as of midday there will be some heavy rain in the east. The rain is moving eastwards across the country and is expected to clear in a few hours. The winds will gradually moderate and the showers will become more scattered.

The forecaster said it will remain very windy in the north and east of Ireland. There is also a risk of more flooding this afternoon.