Met Éireann has issued a yellow wind warning for the northwest of Ireland as Storm Arwen sweeps across the country this weekend. 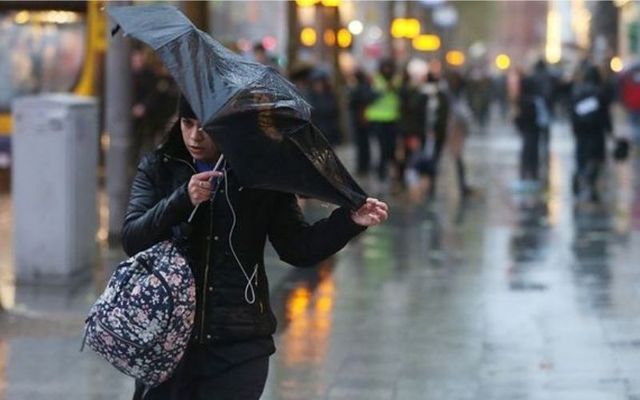 The first Irish storm of the season is expected to hit the northwest of Ireland this weekend.

High winds and gusts of up to 110kph are expected to hit the northwest of Ireland as Storm Arwen approaches the shores.

However, Northern Ireland will be dealing with a bigger impact from Storm Arwen, with the UK’s Met Office issuing a yellow wind warning for the six counties in place until tomorrow at 6 pm.

"Gale to strong gale force winds are forecast along north facing coasts, generating large coastal waves and spray overtopping, with northerly storm force 10 winds developing in the Irish Sea on Friday night. Strong northerly winds over land in the north and northwest could bring down some trees and power lines with travel distribution possible."

Storm Arwen - Named by the @metoffice, #StormArwen will bring a spell of cold & very windy weather to the UK on Friday & Saturday.

It’ll be cold & windy for Ireland too, especially across northern areas where we have yellow wind warnings in place ⚠️

Today, it's expected to be cold and windy with widespread showers, heavy at times, and falling as sleet and snow over hills and mountains, particularly in the north.

Northwesterly winds will be fresh to strong and gusty and will reach gale force on coasts. Highest temperatures of 6 to 9 degrees Celsius, with an added wind chill factor.

Since 2015, Met Éireann and the Met Office have been working together on the Storm Names partnership to help raise awareness of the potential impacts of severe weather and were joined by KMNI in the Netherlands in 2019.

Similar to previous years, each weather service has contributed names reflective of their nation and culture, mainly suggested by members of the public.