Ho, ho, oh no! Santas are in short supply across Ireland as demand for St. Nick impersonators soars back to pre-pandemic levels. 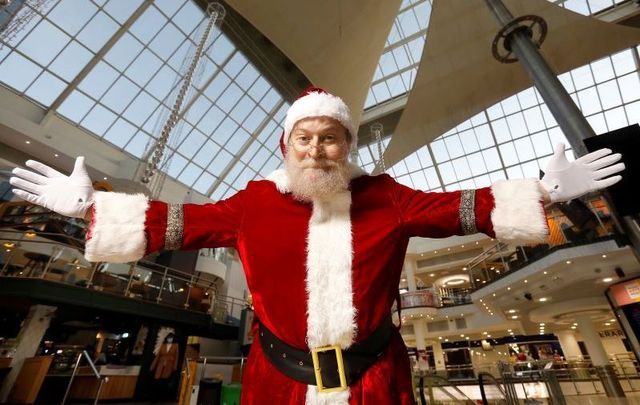 Owners of grottos and Christmas-themed events in Ireland have reported a surge in interest ahead of the festive season compared to last year.

But with many businesses now offering both in-person meetings and arranging virtual chats with Mr. Claus, some festive operators admit the biggest challenge they're facing is a shortage of Santas.

Rising Covid-19 levels are partly to blame, with some elderly impersonators nervous about exposing themselves to the virus.

Employers have also noted that the general labor shortage has affected their ability to source suitable people to play Father Christmas.

Chiefs of ZoomSanta.ie, one of a number of Ireland-based virtual Santa experiences established last year, said bookings are already up on last year, with one major difference being the interest from corporates.

Founder Graham Cooley, who this festive season has also added a live Santa experience in the Dublin Mountains said, "We've had more bookings, not just from Ireland but from the U.K. and further afield, too. We've already have a few days that are booked out.

“Virtual Santa experiences are now here to stay because they suit a lot of people and save time. They're also great for linking in other family members who are living abroad. But it's been more difficult to find people to play Santa this year.

“Last year there were a lot more people out of work, so it was easier to recruit suitable people. I've seven Santas on my books at the moment, but I'm still looking for four or five more."

James Bartlett, who runs Santa's Calling You, said business is so brisk with customers from both Ireland and the U.K. that he could do with up to 10 more Santas to cater for demand.

"We've had lots of bookings, and I anticipate we'll do 4,000 Santa calls by Christmas Eve. I've a cast of 50 Santas, but I could do with a few more.  It's not easy to find the right one. They have to look the part and tick all the boxes."

Oakey, owner of AirMaxInflatables.com, said, "At the moment we have about 18 Santas at our disposal, but we're always looking for more. It's a bit harder to find experienced Santas at the moment than in previous years.

"You need the right person for the job – the nostalgic, experienced, and real-bearded type of Santa."

Meanwhile, as Covid rates continue to rise, many actors who've signed up to play Santa are taking all necessary precautions.

Ger Walsh, who has set up grottos in several shopping centers said, "This year our Santas are all vaccinated, and all have clear face coverings. Children will all have their temperatures checked before entering the grottos."