Irish Christmas: Half of Irish people abroad considering going home for the holidays

Some 90% of Irish people abroad said spending time with family and friends is their favorite part of an Irish Christmas. 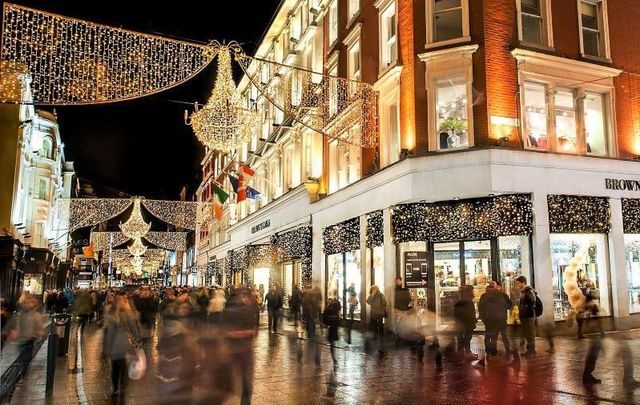 One in two Irish people living abroad are considering coming back to Ireland for Christmas, according to a new survey from FRS Recruitment. This is up from the 3 out of 10 who said they were planning to travel at this time last year.

Those living in the UK or in the Middle East are the most likely to return home in December, with 64% saying they are considering the trip.

This was followed by those living in other parts of Europe (57%), while only 42% of those in the US or Canada are likely to travel, and 31% of the Irish abroad living in Australia/ New Zealand are likely to make the journey.

Spending time with family and friends is the aspect of an ‘Irish Christmas’ missed by nine out of ten Irish abroad. While 60% say they miss Christmas dinner in Ireland, the same number miss Irish Christmas traditions and 53% wish they could pop into their local.

Speaking about the survey, incoming Group CEO of FRS Network, Colin Donnery said, “FRS Recruitment is continually focused on reaching out to the Irish abroad. With Christmas on the horizon, we thought it would be a good idea to ascertain attitudes towards coming home for Christmas this year and how the public health situation is impacting on people’s plans.

“What was interesting is that, as things stand, one in two of the Irish people abroad still plan on travelling home for Christmas. While this situation is subject to change but the survey was conducted at a time when the worsening public health situation in Ireland was being reported and while the Government were implementing additional restrictions.

"It was also interesting that the cost of travel is the biggest factor impacting on the decisions from the Irish abroad, closely followed by public health concerns - despite the rising number of infections being top of the news throughout this period. Obviously, attitudes could change significantly in the weeks ahead if the health situation worsens.

“Another interesting point was the consistent pull of Ireland when it comes to Christmas time, with nine out of ten Irish abroad saying they have travelled back home in the past. Missing family and friends is by far and away what they miss the most, but it was also interesting to see that the appeal of the Irish Christmas dinner remains for the majority of the Irish abroad, no matter what part of the world they are living in,” Donnery concluded.

The survey was conducted in conjunction with FRS Recruitment’s 70 Minutes of Home campaign, which seeks to provide Irish people living abroad with a unique taste of home. Through its partnership with GAAGO, segments of the special 70-minute videos that showcase Ireland are shown before games featured on the GAAGO platform, as well as at halftime. The videos are also available on the GAAGO app, FRS Recruitment’s social channels, and at 70MinsOfHome.ie.

FRS Recruitment is a leading recruitment business operating in Ireland. They have 10 offices nationwide, with locations in Dublin, Cork, Galway, Tipperary, Limerick, Kerry, Kilkenny, Offaly, Cavan, and Roscommon. A 100% Irish business, FRS Recruitment is part of the FRS Network – the social enterprise co-operative.