The Staten Island St. Patrick's Day parade committee has again denied the Pride Center of Staten Island permission to walk under their own banner. 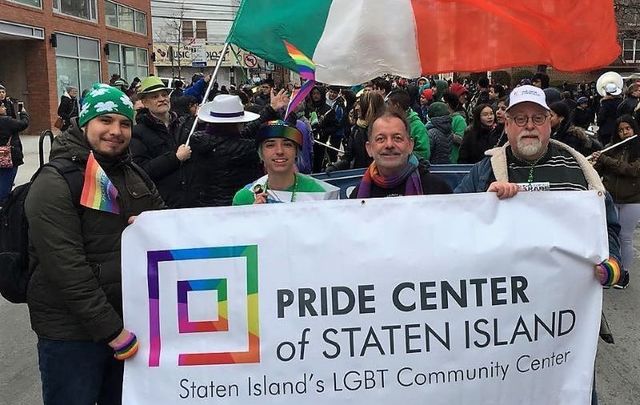 Carol Bullock, executive director of Pride Center of Staten Island, told NY1: "We understand this parade is really important to Staten Island and all of the Irish who live here.

"We just want to be a part of that and celebrate."

Read More: Outing the Irish LGBT past, telling the truth to the present at New York Irish Center

The Ancient Order of Hibernians (AOH) organizes the Staten Island St. Patrick’s Day Parade, which is scheduled for Sunday, March 3, this year.

Bullock told NY1 that AOH chapter president Larry Cummings said that the Pride Center of Staten Island banner "promoted the homosexual lifestyle" and that it "goes against the tenets of the Catholic Church."

"You're pushing us right back in the closet," Bullock reflected.

Last year, Cummings told the Irish Voice: “Our parade is for Irish heritage and culture. It is not a political or sexual identification parade.”

Now, the local Staten Island community is banning together to appeal the AOH’s decision to prevent the group from marching.

In a statement co-signed by several Staten Island businesses and organizations, Pride Center of Staten Island said: "We believe that ALL Staten Islanders deserve to proudly participate and celebrate their whole selves.”

On Twitter, Staten Island Borough President Jimmy Oddo said it was time to include Pride Center of Staten Island:

The St. Patrick’s Day Parade on Staten Island is a joy. I look forward to marching next month, and time has long since passed that we include the @pridecenterSI. What a unifying moment it would be for our borough to reach an accord and have all of SI enjoying this happy day.

The Staten Island St. Patrick’s Day parade’s continued efforts to deny @pridecenterSI the opportunity to march is blatantly homophobic and a stain on our city.

I stand with @pridecenterSI and it’s members. Let them march! https://t.co/vltfwqVXfj

Assemblyman Michael Cusick told NY1 that he has been working with parade organizers for months in hopes of resolving the issue.

"There are many people on Staten Island who believe, as I do, that support that the Pride Center is able to march and march with a banner," Cusick said.

"Again, it goes back to what you believe the parade is about, whether it involves religious tenets in the parade or if it is truly a parade, a civic parade, of culture and heritage."

Staten Island's St. Patrick's Day parade is the only parade in New York City that prohibits LGBT groups from marching under their own banner.

Do you agree or disagree with the parade committee's decision? Let us know in the comments