St. John's Hospital in Co Limerick is asking the public to redouble its efforts as Ireland heads into Level 5 restrictions. 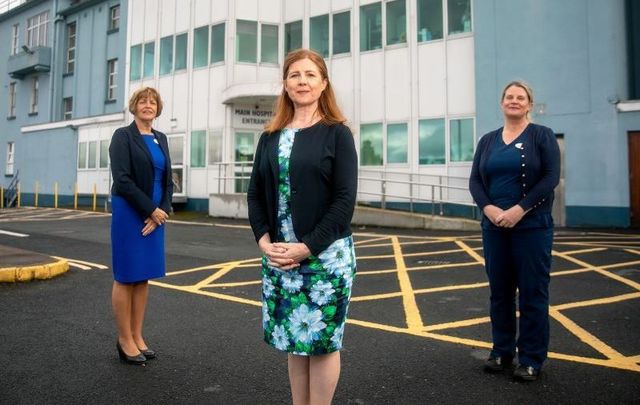 St. John’s Hospital in Co Limerick, which was almost worn down by COVID-19 earlier this year, has issued a warning that its staff, patients, and loved ones cannot go through that same trauma again.

Emer Martin, the CEO of St. John's Hospital in Co Limerick, says that as Ireland heads into Level 5 lockdown, everything possible must be done to avoid the trauma of last spring.

St. John's Hospital in Co Limerick is an 89-bed facility, and it coped with 80 of its 300 frontline staff in quarantine last April during the worst of the coronavirus pandemic.

In a short documentary released on October 21, Martin said that the frontline heroes at her hospital worked through unprecedented challenges during the worst weeks of the pandemic to not only maintain high care standards but also facilitate the saddest of goodbyes between patients and their loved ones.

Martin also expressed concerns that unless the public responds to the measures being introduced in Ireland from today, October 21, there’s not just a grave risk of having a very restricted Christmas, but a return to the worst days of COVID.

“The release of the story documenting the trauma that visited our hospital, patients, and their families at the worst of the pandemic is very timely right now as we face lockdown again," Martin said.

"If anything, we hope that the telling of this story now might help prevent the worst of the pandemic that we were gripped by here in St. John’s from happening all over again.

“Right now, we are on something of a tight-rope across the country and it could go either way. If we don’t adhere to the measures, we could be turning back the clock to last April and May in terms of the impact on life. We know what that looks like and it’s dreadful. We would never want to see our staff here go through that again or patients and their families.”

In the six-minute video, Clinical Nurse Manager at St. John’s Hospital Emer McLaughlin gave personal testimony of the travails of patients and staff at the hospital.

McLaughlin says: “There was one particular week that we did feel overwhelmed. This was completely different. I could feel this tightness in my chest. And it was the week of Easter. It just - I felt that we were like a sinking ship. And I had never felt that before.

“If one patient tested positive here, then all the close contacts of all staff, of all disciplines that had looked after that patient, then they all had to go and self-isolate, which meant we had phenomenal levels of staff in self-isolation for 14 days.

“I think we probably would have sunk at one or two stages only for the support that we got from other areas in the hospital. So, while we looked after the patients, the hospital in general looked after us. That epitomizes the St. John's and the way the hospital operates.”

CEO Martin pays tribute in the video to the staff for their heroism during the worst of the pandemic: “Our staff didn't see themselves as heroes, but they were in my eyes. Decisions were being made faster, people volunteering, being asked to do different things, and no one thought twice.  We were in the middle of a storm trying to hold on, but you could see the determination.”

Recently retired Director of Nursing at St. John’s Margaret Finn, who postponed her retirement to help the fight against COVID in the spring, also summed up the emotional roller coaster that the period was. “It's been the worst of times. And then again, it's been the best of times because we have seen such bravery in that staff had stayed on, worked long hours, supported patients, didn't walk away, even though at times it was very frightening.

“The saddest of scenes were witnessed here. The families saying their goodbyes, these goodbyes will never be undone. It was a dreadful time.  As a society, we can't afford to go back there. It's in our own hands. but knowing St. John's, if we have to go back there again, we will.”

You can watch the 6-minute documentary from St. John's Hospital in Co Limerick here: