Ireland will return to COVID-19 lockdown, similar to the one it endured in March and April, Taoiseach Michéal Martin confirmed on Monday. 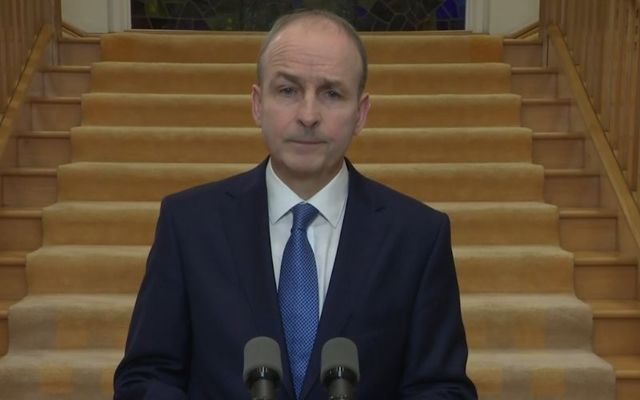 The Irish Government has agreed to impose Level 5 COVID-19 restrictions across the entire country for six weeks from Wednesday night.

The Cabinet approved the measures during a lengthy meeting on Monday evening, agreeing to impose the strictest regulations on the Irish Government's Living With COVID plan, effectively introducing a second coronavirus lockdown.

Read all our updates on COVID-19 from Ireland today here

Ministers had initially sought to impose enhanced Level 4 restrictions, according to several media reports, but asked the Cabinet to ratify Level 5 restrictions after intense negotiations with the National Public Health Emergency Team (NPHET).

"2020 has been a hard year, and we're not through it yet," Martin said. "I'm asking everyone to take this threat seriously."

Martin said that Ireland had already implemented some of the strictest restrictions in Europe and that they had been somewhat successful in slowing the spread of the virus. However, the restrictions have not been enough on their own to reduce the levels of infection, he said.

Nevertheless, the Taoiseach said that there was still hope that people could enjoy a "special" Christmas if the six-week period was successful.

"The days are getting shorter and colder, but I ask you to remember: even as the winter comes in, there is hope and there is light," Martin said.

The restrictions have been described as a "soft Level 5", with schools and creches set to remain open and elite sports like GAA and Ireland soccer internationals set to continue.

Up to 10 mourners can attend a funeral.

Furthermore, the construction sector will remain open as part of the new restrictions.

The Cabinet also agreed to allow people to meet outdoors with one other household. No social gatherings of any kind were permitted under the original restrictions.

The Cabinet also agreed to review the six-week lockdown after four weeks with a view to possibly easing restrictions if the rate of infection improves significantly.

Ministers believe that the general public and Irish businesses need time to prepare for the strict new measures, and will introduce them on Wednesday night as a result.

From Wednesday, the public will once again be asked to stay within 5km of their own homes as part of the new restrictions and all household visits will be banned, while all bars and restaurants will once again be reduced to takeaway and delivery service only.

All non-essential retail will close as part of the restrictions in addition to beauty salons and hairdressers.

Gyms, swimming pools, and leisure centers will also close as part of the restrictions, but non-contact sports training will continue for children.

The Irish Government is also restoring the Pandemic Unemployment Payment of €350 per week for people with prior earnings of €400 a week or more as part of the new measures.

A weekly payment of €203 will be awarded to those who earned between €151 and €203 a week before losing their job.

The payment scheme will run until January next year is expected to cost the state €135 million per week in the near future.

A total of 244,153 people are receiving the Pandemic Unemployment Payment today, according to the Department of Employment Affairs and Social Protection, but that figure is expected to rise significantly following today's announcement.

The wage subsidy scheme will also be improved as part of the plans.