Micheál Martin says coronavirus vaccine could be ready by March 2021

The Taoiseach also said that the full impacts of the virus would be felt throughout 2021 even if a vaccine was discovered. 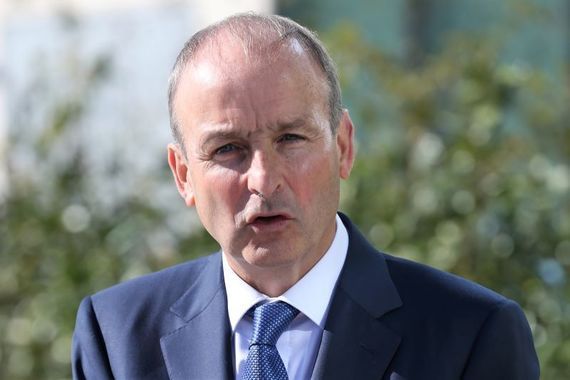 Micheál Martin was speaking to Brendan O'Connor on RTÉ Radio One. Rolling News

Taoiseach Micheál Martin has claimed that a coronavirus vaccine could be ready by March or April next year but said that Ireland would continue to feel the "full impacts" of the virus throughout 2021.

Martin was speaking with Brendan O'Connor on RTÉ Radio One on Saturday morning and said that the World Health Organization had told him that a COVID-19 vaccine could be ready by next spring.

"I think we could get a vaccine, we may, by the middle of the year," Martin told Brendan O'Connor.

"That's not definite I was given a date around March/April, could be potentially a moment when that would crystallize but again there would be an issue around manufacturing."

Martin, however, warned that the virus will not go away once a vaccine is discovered and said that the effects of coronavirus will be felt around the world until the end of 2021.

"The full impact of the virus will be with us for the full year, I would think, that's my view and that's a sobering thought," the Taoiseach said.

He also noted that the economic impact of the coronavirus would continue to be significant throughout 2021.

There is a huge economic issue here as well that we can’t ignore. We have a deficit of 8%," he said. "I think we’re looking at something similar right throughout 2021."

Martin said he was concerned by the current spread of infection in Ireland.

"I am worried," he said. "The numbers are growing exponentially.

"We can all see the figures. This virus doesn't respect carefully laid out calibrated plans. It will bounce up. It will return."

Martin was speaking just after Dublin was moved to level three of the Irish Government's new "Living With COVID" plan when a number of severe restrictions were imposed on the Irish capital.

Martin, however, pointed to similar restrictions imposed in Kildare, Offaly, and Laois in August, and said that there was evidence that these measures were effective against the virus.

"It did stabilize the numbers. I think it's important to say that to people; there is hope here and we can control this virus."

Martin said that the Irish Government's current objective is to bring Dublin back to level two on the Living with COVID plan amid speculation that the National Public Health Emergency Team is planning on downgrading it to level four and introducing even more severe restrictions.