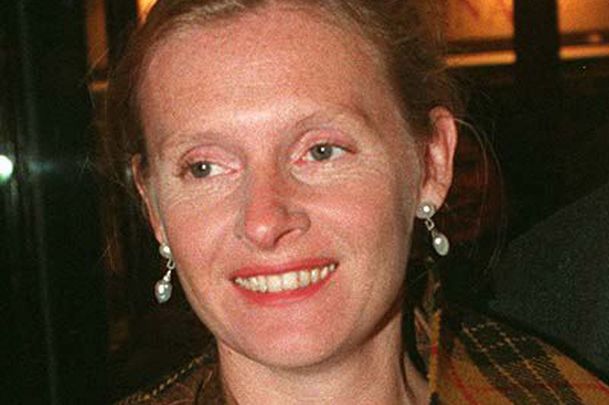 French filmmaker Sophie Toscan du Plantier was found dead at her holiday home in West Cork in December 1996. Gardai have announced a review of her murder investigation. RollingNews.ie

Gardaí have issued a fresh appeal for information in connection with the 1996 murder of French woman Sophie Toscan du Plantier in West Cork.

Toscan du Plantier bought a holiday home in Dunmanus West, Toormore, Co Cork in late 1993 and visited her Irish home with family on numerous occasions between 1993 and 1996, Gardaí said in an update today, December 12, nearly 26 years after her death.

On December 20, 1996, Sophie arrived in Ireland from France. She traveled first to Dublin Airport and then to Cork Airport where her time of arrival is seen as 2:30 pm.

The body of Madame Sophie Toscan Du Plantier was discovered near to her home at 10 am approximately on the morning of Monday the 23rd of December 1996 Following a post-mortem examination on her body, a Murder Investigation was subsequently launched.

An Garda Síochána said on Monday that it continues an open and active investigation into the murder of Sophie Toscan Du Plantier carried out by a dedicated investigation team based at Bantry Garda Station.

Superintendent Joseph Moore of Bantry Garda Station in Co Cork made the following appeal today, December 12: "I want to speak to any person who met, spoke with or had any interaction with Sophie from when she arrived in Ireland (both at Dublin and at Cork Airport) on the 20 December 1996 until Sophie’s body was discovered at 10 am on the morning of the 23rd December 1996.

"I want to speak with any person who was in the Toormore area of County Cork between 20th December and 23rd December 1996, in particular anyone who was driving on the R591 or R592. If you haven’t spoken to Gardaí already, please make contact, we need to talk to you.

"In particular I want to establish the movements of Sophie Toscan Du Plantier between 4:30 pm on the 22nd of December 1996 and when her body was discovered on the morning of the 23rd of December 1996 at 10 am. Any person who has knowledge of this period of time must come to An Garda Siochana and let us know exactly what happened at the home and grounds where Sophie lived during those hours on those dates."

Superintendent Moore continued: "I believe that there are still persons, who have information on Sophie’s murder and who haven’t yet spoken to Gardaí, or may have spoken to Gardaí but were not in a position to tell everything that they know; I am appealing to those persons, 26 years later, to please come forward and speak to the investigation team.

"It is important to state that the primary focus of this investigation is the victim, Mde Sophie Toscan Du Plantier, her family, and for the Investigation Team to gather all available information/evidence to bring this matter to a positive conclusion.

"Sophie’s family still live in France and all of her siblings deserve to know what happened to their mother, daughter, wife, friend. Sophie has been denied the right to experience being a grandmother. Sophie deserves the truth behind her murder to be known.”

Concluding, Superintendent Moore appealed: "I would urge person(s) with information in relation to the Murder of Sophie Toscan Du Plantier to please come forward to either the investigation team at Bantry Garda Station at 02720860, your local Garda Station or the Garda Confidential telephone line 1800 666 111.

"I appeal to people who have information relative to Sophie’s murder not to assume we know and/or that it has limited value.

"Let us make that decision. I cannot reiterate that enough.”

Toscan du Plantier was found dead outside her holiday home at about 10 am on December 23, 1996, by her neighbor Shirley Forster.

She had suffered facial injuries so severe that her neighbor could not identify her. The State Pathologist later reported laceration and swelling of the brain, fracture of the skull, and multiple blunt head injuries.

English-born journalist Ian Bailey, who covered the case for several newspapers, was arrested twice in connection with Toscan du Plantier's murder but was never charged.

In May 2019, a French court convicted Bailey of Toscan du Plantier's murder in absentia and sentenced him to 25 years in prison. However, the Irish High Court refused to extradite Bailey to France.

In June 2022, gardaí announced a full cold case review into the murder with the purpose of finding new routes of investigation. The investigation is being carried out by the Garda Serious Crime Review Team.

Toscan du Plantier's murder was the focus of the Netflix documentary "Sophie - A Murder in West Cork" and the Sky production "Murder at the Cottage: The Search for Justice for Sophie."