Following last year's discovery of medieval skeletons beneath the former Nancy Spain pub in Cork city, archeologists have determined that the men "met a violent end." 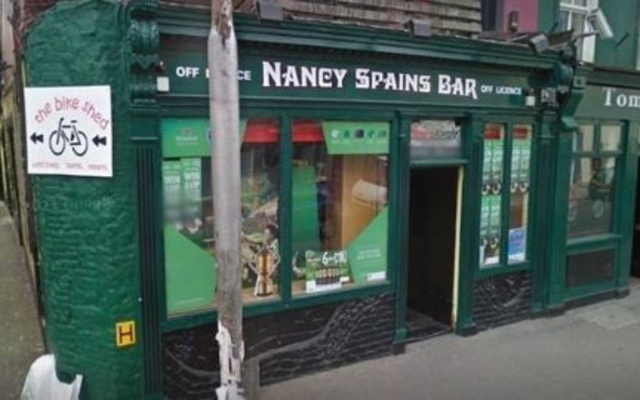 Medieval skeletal remains found in a shallow grave during the demolition of a pub in Cork city provide insight into the turbulent history and evolution of the city across two different periods of time.

Following last year's discovery of six skeletons beneath the former Nancy Spains pub in Cork city, archeologists have determined that the remains of four men found within a mass burial pit “had evidently met a violent end.”

The men were aged between 18 to 25 and had their hands tied behind their backs. They had been buried in a head-to-toe manner.

Cork City Council said in a statement that fragments of bone taken from two of the skeletons to facilitate radiocarbon dating have returned dates from the period between 1447 and 1636.

“It is hoped that ongoing post-excavation work will provide greater clarity and accuracy on burial date of the revealed individuals.”

David Murphy, a senior project archaeologist with John Cronin and Associates, was the first to notice something of interest in the soil of the former pub as it was being demolished last October.

Mr. Murphy, with the assistance of osteo-archaeologist Niamh Daly, worked on the excavation of the human remains.

The period of death, indicated by the radiocarbon dating, was a turbulent and violent time in Irish history, with Munster and Cork the focus of several significant events.

This revolt followed the death of Elizabeth I and saw the citizens of Cork uprising against English rule and even saw the precursor to Elizabeth Fort, located only 80 meters from the burial site, burnt down. The revolt continued for a month before it was quelled by English reinforcements.

Cork City Archaeologist Ciara Brett said whichever event led to the deaths of the six individuals discovered in Barrack Street, what is certain is that based on the nature of the burial positions within the shallow graves suggest they “met a violent and gruesome end.”

The discovery prompts fresh questions about how the city of Cork was developing around a century after the first Vikings settled on the banks of the River Lee's southern channel.

It is also hoped that ongoing post-excavation work will help pinpoint a more exact burial date.

“The story won’t end here. With advances in technology, the bones may be subjected to further study and analysis using new techniques in the future, and who knows what those tests may discover,” said Ms. Daly.