The remains were discovered at the site of the former Nancy Spain's pub on Barrack Street in the heart of medieval Cork City. 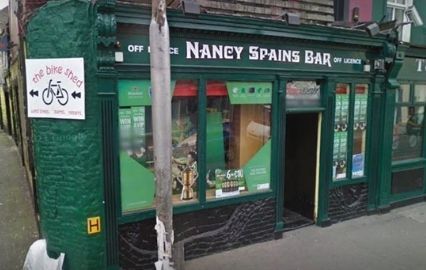 Irish police have sealed off a building site at a former pub in Cork following the discovery of skeletal remains believed to be 100 years old.

The remains were discovered at the site of the former Nancy Spain's pub on Barrack Street in the heart of medieval Cork City.

An initial visual inspection of the remains was carried out at the site, with the Cork City Coroner and Assistant State Pathologist Dr. Margaret Bolster both stating that the bones were in excess of 70 years old.

However, precise dating will only be possible through carbon dating, which could take months to undertake.

Work at the site was halted on Thursday morning following the discovery and the scene was preserved for an investigation.

Gardaí attended the scene to preserve the site, but the investigation was stood down after archaeological experts determined that the remains were a historical find.

Several other features of "archaeological interest" were discovered beneath the site of Nancy Spain's pub, including remnants of what is believed to be Cork's ancient city wall and numerous shards of pottery.

Nancy Spain's, which closed several years ago, was one of Cork's most famous venues and was the site of David Grey's first-ever Irish gig.

MMD Contractors are currently in the process of demolishing the pub to make way for a 32-unit social housing project designed by the Cork City Council.

The company had been working on the site for several weeks when a consultant archaeologist discovered a partial skeleton while monitoring the groundworks just after 11 a.m. on Thursday, bringing the work to a halt.

The body was found lying on its back beneath several layers of subsoil under the pub's now-demolished floor.