Irish singer, now called Magda Davitt, famously protested against the Catholic Church, on SNL in 1992 and her protest against the “nest of devils” continues. 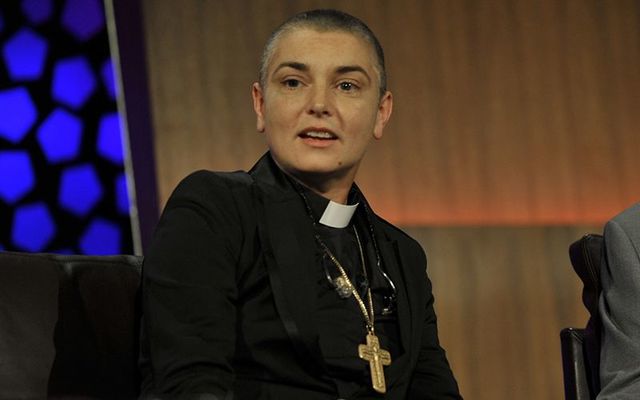 Sinead O'Connor dressed as a priest on the 50th anniversary of RTE's Late Late Show. RollingNews

Irish singer, now called Magda Davitt, famously protested against the Catholic Church, on SNL, in 1992, and her protest against the “nest of devils” continues.

The Irish singer and musician formerly known as Sinead O’Connor has asked Pope Francis to grant her an official excommunication certificate, excluding her from the Catholic Church, ahead of the Pontiff’s visit to Ireland this week.

O’Connor, who now goes by the name Magda Davitt, has famously been outspoken against the Catholic Church. In 1992 she ripped up photograph of Pope John Paul II during an appearance on the US comedy sketch show “Saturday Night Live”.

In 1999, the singer was ordained as a priest by the traditionalist Catholic "Tridentine" movement, under Michael Cox. This church, which is not affiliated with the Catholic Church, invited O’Connor to be ordained following her appearance on the RTE "Late Late Show." During her interview she had said that if she had not been a musician she would have wished to have been a Catholic priest.

In March 2010 O’Connor appeared on Anderson Cooper 360° to speak out about the Catholic sexual abuse scandal in Ireland. Later that month she also wrote an opinion piece for the Sunday edition of the Washington Post and wrote about her time in a Magdalene laundry as a teenager.

Writing for the Sunday Independent she labeled the Vatican as "a nest of devils" and called for the establishment of an "alternative church", opining that "Christ is being murdered by liars" in the Vatican.

In an open letter to Pope Francis, ahead of the World Meeting of the Families in Dublin, O’Connor wrote:

“I have several times requested from the Vatican a certificate which I could proudly display to my grandchildren to prove that Ratzinger and Pope John Paul II excommunicated me for being ordained. Can you please arrange it be brought with you on the plane and perhaps presented to me at Croke Park?”

She went on to explain that she believes being excommunicated from the Catholic Church will open doors for her and see her getting studio time with rappers such as Kanye West.

“All musicians covet the Parental Advisory Sticker - it's the coolest thing in the recording industry. But an excommunication certificate would make 2Pac look like Daniel O' Donnell. Maybe if they won't give me a certificate they'll at least brand me with a huge red letter. If I had a cert maybe Kanye West would make records with me... Rappers will hero-worship me if I wave that s**t about in the studio."

She ends her letter by saying:

“I actually like you. You’re funny. Very funny. You can make your pope robes vanish and be 'just a man' with your jokes."

Despite this O’Connor told the Daily Star she will not be attending the World Meeting of the Families or meeting the Pope.

Pope Francis’ trip to Ireland comes just two weeks after the revelation that a Pennsylvania grand jury found that more than 1,000 children in six dioceses there had been molested by 300 Catholic priests over the past 70 years while successive church officials covered it up is truly shocking. 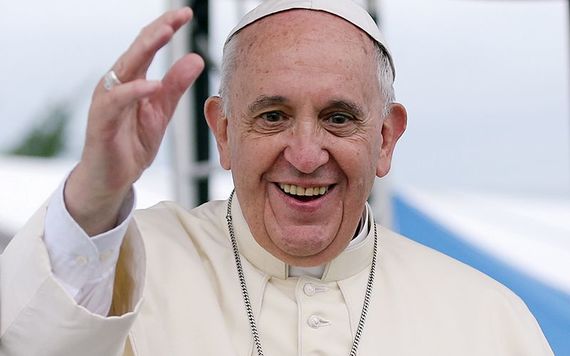 Already the Archbishop of Washington Cardinal Donald Wuerl and Boston's Cardinal Sean O'Malley have confirmed that they would not be attending the Dublin event.

In Ireland survivors of clerical abuse are planning vigils and protests during Pope Francis’ visit. One of these includes a graveside vigil for the 796 children buried in a mass grave next to the Mother and Baby Home, in Tuam, County Galway.

The campaign group BishopAccountability.org are calling for a list of dozens of Irish clergy convicted of or linked to child sexual abuse in Ireland to be published. They are calling on Pope Francis to release the names of all priests worldwide who have been disciplined by the Church for child sexual abuse.

Speaking at the Pro Cathedral in Dublin on Sunday the Catholic Archbishop of Dublin Diarmuid Martin said it is not enough for Church officials to simply apologize for the numerous clerical abuse scandals.

He said "What can Pope Francis say or do in a visit that will last little more than thirty-six hours.

"My hope is that he will speak kindly but also speak frankly.

"The recent history of the Church in Ireland had its moments of real darkness.  We need a Church of light, a light that exposes darkness for what it is, and a light that is such that the mechanisms of cover-up and self-justification cannot extinguish or tone down."