Seagull population of Ireland considered to be at risk

Ireland's seagulls are now a high conservation concern, alongside other more obvious species such as golden eagles, curlews, and corncrakes according to conservationists. 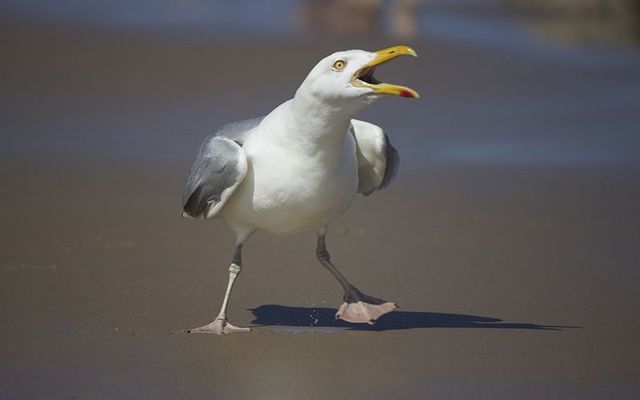 You might find them a little pesky but Irish seagulls could be under threat! Getty

Ireland's seagulls are now a high conservation concern, alongside other more obvious species such as golden eagles, curlews, and corncrakes according to conservationists.

Raiding bins, stealing chips from hapless tourists and even occasionally attacking pedestrians, they appear to be abundant in numbers throughout Ireland. But seagulls have suffered such alarming population declines in Ireland that they are now considered to be at risk.

Although still the quintessential sight and sound of the Irish coast, the herring gull as the bird is correctly known has been placed on the national red list, which means they are of high conservation concern, alongside other more obvious species such as golden eagles, curlews, and corncrakes.

The decline of the fishing industry is cited as one of the major factors behind their plummeting numbers according to conservationists.

Niall Hatch, development officer at Birdwatch Ireland said, "There are many different species of gulls in Ireland, but it's the herring gull that most people mistakenly refer to as a seagull, and anecdotally people think that the numbers of herring gulls are actually increasing.

"That's not actually the case.  It's because they are now more common in towns and urban areas than they used to be, but in actual fact, the species has declined massively over the last few decades.  We'd certainly be concerned about their numbers, and that's why they are on the red list." Hatch acknowledged that reports of herring gulls wreaking havoc and attacking people in towns like Howth and Sutton, both in north Dublin, have become more commonplace.

He said, "We are seeing more of them move from their natural habitats to urban areas because of a lack of food at the coasts, due to overfishing.

They are attracted to litter on the streets, overflowing bin bags and, of course, people feeding them chips. "But we would urge people not to feed gulls, because it's bad for their diet, and they don't need it.  Junk food is destructive to them and bad for their chicks."

The biggest colony of breeding herring gulls is on Lambay Island, off Co. Dublin, with over 1,800 nests. Despite their worrying decline, another type of gull, the lesser known, and smaller Mediterranean gull, is increasing in numbers in Ireland. Hatch added, "Their main stronghold would be in the Black Sea area, and 20 or so years ago you'd never have seen them in this country. But in Dun Laoghaire now it's the most common gull species, with over100 of them.  And the reason they're there is because of climate change."