Ryanair to pull out of Belfast, ending service in Northern Ireland

Ryanair will cease operations at Belfast International Airport and Belfast City Airport in Northern Ireland over the next two months. 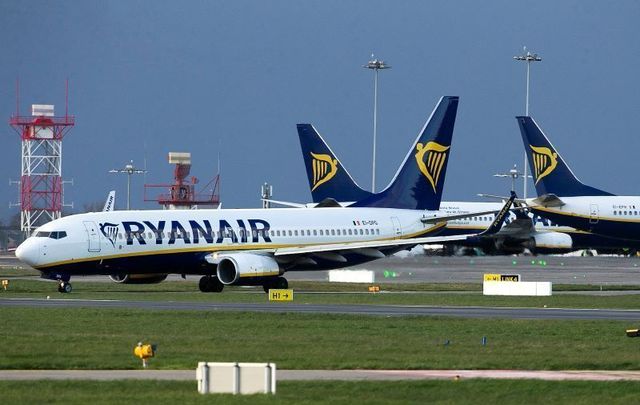 Ryanair has confirmed that it will cease operations from Belfast International Airport and Belfast City Airport at the end of its summer schedule.

Ryanair said in a statement today, August 24: "Due to the UK Government's refusal to suspend or reduce air passenger duty, and the lack of Covid recovery incentives from both Belfast airports, this winter Ryanair will cease operations from Belfast International and Belfast City Airport from the end of the Summer schedule in October and these aircraft will be reallocated to lower-cost airports elsewhere in the UK and Europe for the Winter schedule which starts in November."

Ryanair had only returned to Belfast City Airport this past March after an 11-year absence.

A spokesperson for Belfast International Airport said on Tuesday: "It has been a difficult period for aviation and a time when consumers need some stability and faith in the Northern Ireland air transport network.

"As we have been anticipating such a move, we have been engaging with our existing and other new airlines to provide continuity on the routes to be vacated by Ryanair, and to help sustain employment in the aviation industry at a local level in Northern Ireland," the airport spokesman said.

"To this end, we hope to be able to make announcements regarding fresh route development in the near future."

In the Republic of Ireland, Ryanair maintains service at Cork, Dublin, Kerry, Knock, and Shannon airports.

Sinéad McLaughlin, SDLP economy spokesperson and MLA for Foyle, says Ryanair’s withdrawal from Northern Ireland is a huge blow to the region.

Time and time again, I have raised the issue of adequate support to the aviation and travel industries and staff with the Executive. But this has fallen on deaf ears. We need a proper long-term Executive plan to address these issues. https://t.co/UiBRQboG0S

“Today’s news will be extremely disappointing to passengers, from commuters to holidaymakers, a lot of people will miss out as a result of these routes no longer being available to people in the North.

"It will also be a blow to both Belfast airports, with Ryanair already pulling out of City of Derry earlier this year. My thoughts are also with staff who may be affected by these developments.

“We are in the midst of an extremely difficult period for both the aviation and travel industries which have been decimated by the coronavirus pandemic. As we emerge from the pandemic I hope to see both sectors rebound, people have been clear, the demand for foreign holidays and travel is there and will need to be met as things return to normal.

“I have regularly pleaded with the Executive to provide adequate support to the aviation and travel industries and their staff, but this has fallen on deaf ears. Our airports were struggling before the onset of the pandemic and we need to see a proper long-term Executive plan to address these issues to ensure our airports remain viable and offer people the best possible choice and experience. The first item on their agenda should be finding a new airline or multiple airlines to fill the gap in the market left by Ryanair’s withdrawal.”