O'Leary warned the Irish Government that if it wanted to introduce such a measure then it would have to foot the bill. 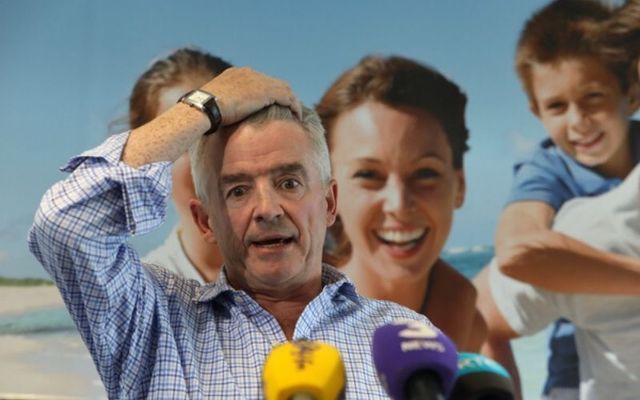 Ryanair Chief Executive Michael O'Leary claims that the airline will not fly if it is obliged to comply with "idiotic" social distancing rules that force it to leave the middle seat empty.

The Ryanair boss said that the proposed rule was "nonsense" that was "entirely ineffective."

O'Leary warned the Irish Government that if it wanted to introduce such a measure then it would have to foot the bill.

“Either the government pays for the middle seat or we won’t fly," O'Leary said in an interview with the Financial Times.

He said that Ryanair simply couldn't make money if it was forced to leave the middle seat empty. The budget airline's business model relies on flying as often as possible, cutting out costs and, most importantly, filling planes as much as possible, known in the airline industry as a load factor.

If Ryanair left its middle seats empty, it would be forced to raise its prices by 50% or face going bust, according to Iata - an association which represents the world's airlines.

Even if the airlines left its middle seats empty, it would not enforce effective social distancing, according to O'Leary.

"Even if you do that, the middle seat doesn’t deliver any social distancing, so it’s kind of an idiotic idea that doesn't achieve anything anyway." 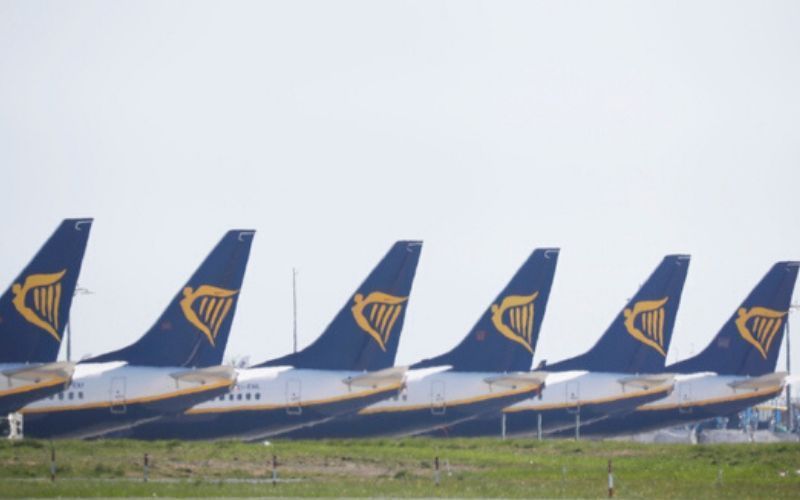 Ryanair flights have been grounded during the COVID-19 pandemic.

Easyjet, one of Ryanair's chief budget airline competitors, also said that it would consider temporarily blocking off its middle seats to enforce social distancing. The airline said that it expected passengers to be reluctant to sit beside each other when they flew again and said that measures would only be short-term measures.

However, O'Leary favors the approach taken on Asian airlines that forces passengers to wear facemasks while flying and enforces mandatory temperature checks in train stations and airports.

The Ryanair boss remained hopeful, however, that the airline industry would make a quick recovery after the COVID-19 crisis and said that Ryanair expects to run at 80% capacity by September.

Ryanair's business has ground to a halt during the pandemic and O'Leary forecast a July return for the airline. He said that it would run 40% of its planes if it made a return in July and that the flights would be about 50% full.

He plans to increase the number of flights to 60% by August and 80% by September before scaling flights back during winter which is Ryanair's offpeak season.

O'Leary was additionally hopeful that Ryanair would be back to 2019 business levels plus growth by summer 2021, subject to an effective vaccine against the Coronavirus. The airline flew an estimated 152 million people around Europe last year.

He said that the airline would capitalize on the collapse of rival budget airlines that have folded during the pandemic.

Norwegian Airlines are desperately fighting to avoid bankruptcy, while Virgin Australia has already done so.

The airline industry has already lost an estimated $314 billion due to lost revenue during the COVID-19 pandemic.

Other airlines do not share O'Leary's optimism that they can make a full recovery by 2021. German airline Lufthansa warned that it could take several years to reach 2019 levels again with industry experts predicting it will take around three years.