Ryan Linneman, who survived in his car for a week after crashing it in Missouri, has passed away from his injuries. 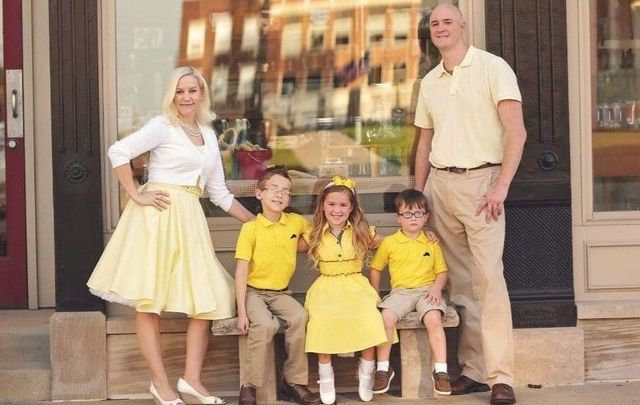 A GoFundMe has been launched for Ryan Linneman's wife and children in the wake of his death. GoFundMe

Ryan Linneman’s family and friends, Missouri, have organized a memorial GoFundMe for the father-of-three who lost his life having survived for a week down a ravine after crashing his car

Ryan Linneman, the Irish American father-of-3 who survived in his car for a week after a crash in Missouri, has tragically passed away.

Linneman’s family also confirmed the news of his tragic death and have announced that a GoFundMe has been launched to support Linneman’s wife and three children.

In a public Facebook post, Linneman’s sister-in-law said: “It is with heavy hearts that we must inform you that Ryan passed away due to injuries sustained during the accident. We are so grateful to all the people who were involved in finding him and working so hard these days to try and save him.

“This has been an especially difficult time for our family and we ask that you give Nikki, Debbie and all our family our privacy to grieve and to be with the children at this time. We will be working in the following days on funeral arrangements and will make that information available as soon as we can.”

Ryan Linneman was reported missing by his wife on October 9. Despite searching Linneman's cell phone records, social media, bank cards, and license plates, investigators found no trace of the 37-year-old and appealed to the public for help.

On October 16, about a week after Linneman was reported missing, a man dirt biking off-trail discovered Linneman in his car off of a local highway in Missouri. The man quickly raised the alarm and transported Linneman, who was in a critical condition having suffered facial fractures and severe frostbite, to the hospital.

Police believe that Linneman lost control of his car before it veered off the road and some 50 feet into a ravine, ultimately landing in a place out of sight for passersby.

Local CBS channel KCTV5 shared this video of the scene after Linneman's rescue:

The GoFundMe, which is aiming to raise $5,000, says in part: “Many of you have asked how you can help the family, so we have decided to set up this GoFundMe. During the next couple of months, she will be faced with incoming medical bills, other related expenses and will need to prepare for the holidays as a single parent.

“The need for meals will decrease as things settle into the new normal, but the concern over finances will not right away.

“Thank you for surrounding Nikki, the kids, and the whole family with love during this very difficult time.”

As of Monday afternoon, about 16 hours after the GoFundMe was launched, nearly $1,000 had been raised.