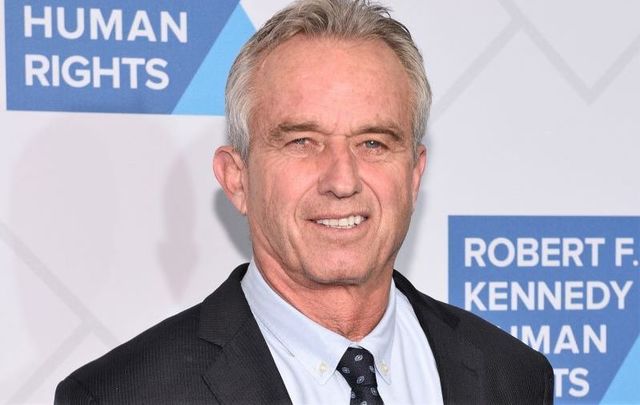 Robert F. Kennedy Jr., son of Robert and nephew of John F. Kennedy, said that the National Institute for Allergic and Infectious Diseases (NIAID), Dr. Fauci's agency, will collect 50% of all royalties from a potential coronavirus vaccine.

Speaking to far-right podcast The Gateway Pundit, Kennedy Jr said that Dr. Fauci owns a number of vaccine patents, including one that is being trialed to fight coronavirus by some of America's biggest vaccine manufacturers.

The Gates Foundation invests in Dr. Fauci's NIAID as part of its Decade of Vaccines program which aims to introduce a Global Vaccine Action Plan.

Kennedy Jr said that Dr. Fauci owns a patent for a specific type of vaccine that packages a virus in a protein sheet. The virus is then delivered to the human body through the vaccine and Kennedy Jr said that it very quickly reaches the organs necessary to give a person immunity to a certain illness.

He also said that the patent is currently being used by at least one of the major American vaccine manufacturers to make vaccines for coronavirus.

The four major vaccine manufacturers in the US are Pfizer, Merck, GlaxoSmithKline, and Sanofi, and if one of those four companies successfully develops a Coronavirus vaccine, Fauci and the NIAID stand to collect half of the royalties, according to Kennedy Jr.

He said that companies who used that patent have to split the profits 50/50 with the NIAID and he claimed that the Gates Foundation had invested in that particular patent.

He said that there was no limit on how much the NIAID can collect from the coronavirus vaccine and said that there need to be more government regulations to prevent it from doing so.

Robert F. Kennedy Jr. is notoriously and controversially anti-vaccination and his own family members penned an op-ed in Politico last year challenging his campaign of "misinformation" about vaccination.

Billionaire Bill Gates, meanwhile, has been a target of conspiracy theories and misinformation from far-right political pundits during the COVID-19 pandemic. The misinformation campaign spread exponentially after Gates publically criticized US President Donald Trump's handling of the pandemic.

The theory claimed that the Gates Foundation had engineered the Coronavirus and the necessary vaccine in order to make a profit off the vaccine.

Dr. Tony Fauci, on the other hand, has served as the NIAID's Director since 1984. He is part of the Trump Administration's Coronavirus Task Force and is widely regarded as one of the most trusted medical officials in the United States. He has been an advisor to every US President since Ronald Reagan.