Riverdance will not be placing ads with An Coimisiún Le Rincí Gaelacha (CLRG) until the Irish dance organization's investigation into allegations of cheating has concluded. 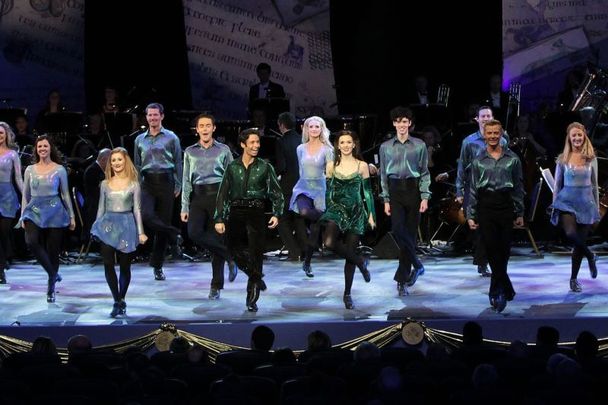 “Riverdance has confirmed to me that they will not be considering placing any further ads with CLRG [An Coimisiún Le Rincí Gaelacha] in the future until they know the outcome of the internal investigation,” a spokesperson for Riverdance told the Irish Independent on Tuesday.

It appears, however, that Riverdance will still have advertisements at CLRG's Great Britain Irish Dancing Championships, which will be hosted in London from October 22 - 23. It is understood these advertisements were placed before the CLRG investigation came to light.

"Thank you to Riverdance for supporting our 2022 Event," the Facebook page for the Great Britain Irish Dancing Championships posted on October 9.

Thank you to Riverdance for supporting our 2022 Event

Riverdance, which debuted in 1994 as the interval act at the Eurovision Song Contest, is widely credited with launching Irish dance into the mainstream and is still touring an iteration of the show today.

Riverdance frequently provides ad support to CLRG events. In April 2022, CLRG thanked Riverdance on social media for its sponsorship of five competitions, including both ceili competitions and solo competitions, at Oireachtas Rince na Cruinne, the World Irish Dancing Championships, which were hosted in Belfast.

Recent Riverdance advertising spots for both the World Championships and Great Britain Championships highlighted the Riverdance Summer School, where Irish dancers can learn the show's choreography and participants over the age of 18 have the opportunity to audition. The program was granted "show status" by CLRG.

Thank you to Riverdance, Sponsor of the Boys 15-16 Championship https://academy.riverdance.com/ #clrg #riverdance

On its website, CLRG says: "By supporting Oireachtas Rince na Cruinne, you are perpetuating a cultural tradition of dance, music and Irish language.

"You are also promoting youth engagement, and helping to promote an art form which encourages self discipline, mutual respect, personal development, sportsmanship, and a healthy active lifestyle.

"You will also access our worldwide Irish dance audience to promote your business."

CLRG has been at the center of controversy ever since it confirmed that it had launched an investigation after it received allegations of 'result fixing.'

CLRG said it appointed a former Court of Appeal judge to oversee the investigations.

The file has been circulating online throughout Irish dance channels since at least Monday, October 3, though it is unclear who made the file or who began circulating it.

The file implicates 13 Irish dance teachers and or adjudicators. One additional teacher / adjudicator is named, but only by his first name and the initial of his surname.

CLRG issued a statement - first in an email to its members, and then on its website on after the media began to report on the story - that it is investigating the matter. CLRG has not responded to requests for comment from IrishCentral.