Terrorists responsible for London Bridge attack had planned an attack in Ireland but decided to use the country to raise funds through crime. 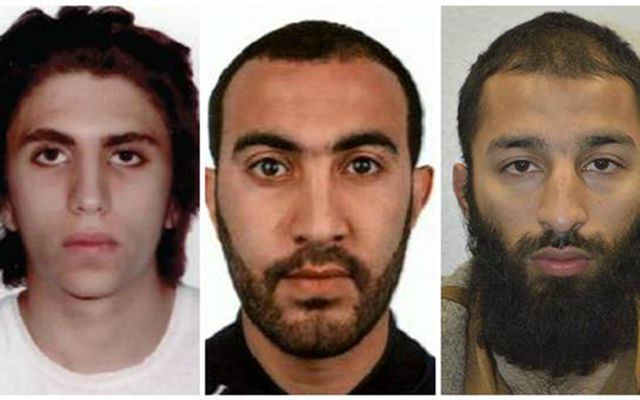 The ISIS terrorists responsible for the London Bridge attack planned to attack Dublin and possibly other locations in Ireland. A radicalized 26-year-old woman told MI5 and Irish police she was aware of the plot for over two years.

New information revealed to police following a press conference shows that the London Bridge ISIS team had been plotting to attack in Ireland but decided against it, opting instead to use Ireland as a logistics hub and a source of fund-raising for their terrorist cause through internet fraud.

Khuram Shazad Butt (27) and Rachid Redouane (31) were responsible for the deaths of eight people in the June 3 attack when they plowed into the crowded sidewalk on London Bridge before stabbing several people. Eight people lost their lives and dozens were injured, some critically. However, a Sunday Independent investigation revealed that the terrorist group had made military observations at a number of high-profile Dublin city locations.

Butt, Redouane, and a third accomplice were shot dead by police on the night of the London attack. This same group had carried out reconnaissance two years ago in Ireland and had identified potential targets at that time.

Redouane was married to an Irish woman, Charisse O’Leary, and lived in Dublin, for a number of years. He had lived at addresses in the Dublin neighborhoods of Rathmines and Cabra.

The two men, Butt and Redouane, were under the influence of the Pakistani-born United Kingdom citizen named “Raza.” He had been operating an internet fraud operation targeting Irish companies from an address in Santry in Dublin's north. The fraud scheme raised funds to support jihadists in acquiring transport and false documents, including passports, which came through a network of Irish-based ISIS sympathizers.

The gardaí's (Irish national police) Counter Terrorism International (CTI) unit has established that Butt and Redouane stayed at the Santry address with 'Raza' on several occasions up to two years ago. Raza remains on the MI5 and Scotland Yard’s most-wanted list of suspects believed to have orchestrated the London Bridge attack.

Raza is suspected to have radicalized young Muslims for ISIS and organized internet scams, known as invoice redirection fraud, in the United Kingdom. He is also wanted by Irish police in connection with a $3.3 million internet fraud in Ireland.

An address in an industrial park in Santry was used to set up a bank account. Through this account cash was to be transferred to other accounts in the United Kingdom. The gardaí's Economic Crime Bureau froze the account before the money could be transferred. Raza then fled Ireland.

The connection between Raza, his internet fraud schemes and the attack on London Bridge only came to light after the Sunday Independent made contact with an unnamed Irish woman who had been radicalized after converting to Islam while living in the United Kingdom.

The woman, known only as “Sister Aaliya,” is now 26 years old. She broke her silence in June following the London attack. She spoke at a press conference organized by the Irish Muslim Peace and Integration Council at the Al-Mustafa Islamic Centre in Blanchardstown in Dublin. She said she had met with Butt about 20 times, both in the United Kingdom and Ireland. At the time, she claimed she had never met Redouane, a Moroccan-Libyan pastry chef.

She told the press conference that there were up to 150 Muslim extremists living in Ireland. She said Islamists laughed at Ireland as they see it as being "backward and behind the times" in relation to the authorities' assessment of the threat of radical Islam.

After the press conference, the information she gave was viewed with suspicion by some security specialists. MI5 took “intense interest” and the woman was interviewed at length by the gardaí's CTI unit.

Sources linked to Sister Aaliya also revealed that she was aware that Butt and Redouane had been plotting attacks in Dublin and other locations in the country for over two years.

It is believed that Butt and Redouane were convinced to change their plans by Raza, who believed that Ireland would suit ISIS better as a logistics and fund-raising base.

The woman gave Irish police an 80-page statement with details of her interaction with ISIS extremists in Ireland and the UK. This information was found to be highly-credible by counter-terrorism experts.

Sister Aalyia had been interviewed by detectives from the Economic Crime Bureau after the $3.3 million fraud bust in Dublin, but she had been too terrified to divulge everything she knew.

In July 2017 a Pakistani national, Atif Saeed (28), pleaded guilty to offenses under the Criminal Justice Money Laundering and Terrorist Financing Act in connection with Raza. Saeed, a pizza delivery man, had been used by Raza, who described himself as an immigration adviser.

Acting on instructions from Raza, Saeed attempted to transfer $5,900, via Western Union, at the Clarehall post office in north Dublin on Sept 23, 2016. Raza said he needed it to pay college fees for an associate.

Police had been carrying out surveillance on Saeed and he was arrested. Raza has been in hiding ever since.

The Dublin court heard in July that Saeed had lived openly in Dublin under his own name and had not benefited in any significant degree from the transactions. He also said he did not know the money he had been asked to transfer was stolen. Authorities confirmed that Saeed had not been radicalized. He had moved to Ireland from Britain, under Raza’s advice, in 2014.

Saeed was given a two-year sentence, backdated to the time of his arrest with the final year suspended. He has since left the jurisdiction.

The Sunday Independent reported that they are aware of Sister Aalyia’s identity through the companies where she was registered as a director. It has not been confirmed, but it is believed that she has been entered into a witness protection program outside of Ireland.

Previously, Sister Aalyia had described how she had been drawn to Islamist extremism after developing a fascination with Osama bin Laden after the 9/11 terrorist attacks on America in 2001. She had been in a relationship with a man associated with extremists for about ten months. She said she feared for her safety and had been threatened by extremists several times.

She left London at the end of 2016 as her partner was "very controlling" and beat her severely.

She said, "I've been threatened on numerous occasions... I came back to Ireland to get away from all that.”

The Chairman of the council and head imam at the center Shaykh Dr Umar Al-Qadri said Sister Aaliya, who converted to Islam at the age of 18, had been successfully deradicalized by a Muslim scholar at a mosque in Barking, east London.

Here's a short video on the aftermath of the London Bridge terror attack: