Retired FDNY firefighter Michael O'Hanlon died on August 28 from illness contracted as a result of his service at Ground Zero. 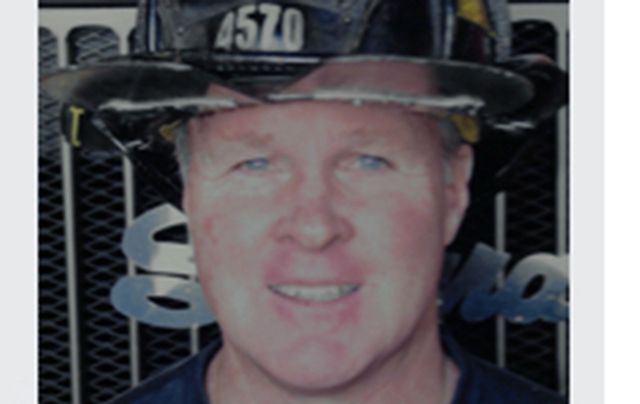 FDNY Firefighter Michael Richard O’Hanlon, of Cortlandt Manor, NY died on August 28 at the age of 59 from an illness contracted as a result of his service at Ground Zero, Patch.com reports.

O’Hanlon, along with his fellow firefighters from Engine Company 68/Ladder 49 from Highbridge in the Bronx, was part of the rescue and recovery effort at Ground Zero in the immediate aftermath of the collapse of the World Trade Center Twin Towers. A 30-year veteran of Engine Company 68, O’Hanlon retired in 2013.

O’Hanlon was born on Nov. 1, 1957 in the Bronx to Irish immigrants, Con O’Hanlon from Doneraile, Co. Cork and Ann (nee Power) O’Hanlon from Woodford, Co Galway.

Patch.com reports: “Mike and his sisters, Noreen and Patricia, were raised in a home filled with Irish traditions and culture, music and laughter, and a deep Catholic faith. A favorite memory of his was the smell of his mom’s soda bread and treacle bread (Mike’s favorite) baking in the oven.”

O’Hanlon, who joined the FDNY in 1982, was “fiercely proud to be a part of the FDNY,” calling it the “greatest job on Earth.”

An accomplished traditional button accordion player, he competed in All-Ireland competitions in the 1970s and won an All-Ireland medal. He was a former member of the Garryowen Ceili Band, which placed first in the All-Ireland Competition. The band played in numerous venues in America and across Ireland as well, playing in Cork, Mayo, Galway and Clare. O’Hanlon performed at many venues and events, including Carnegie Hall. He was also a member of the Celtic Blend Band.

O’Hanlon was a member of the Hudson Valley Irish Fest Committee, a supporter of the Emerald Isle Immigration Center, a member of the Ancient Order of Hibernians Division 18, where he was named “Man of the Year” in 2016.

He is survived by his wife, children, son-in-law, his sisters and brothers-in-law, his niece and nephews, and numerous relatives both in the U.S. and Ireland. He also leaves behind his extended FDNY family and an enormous number of friends.

He was laid to rest on Friday, September 1.