Long lockdowns and a sluggish vaccine rollout have seen the frustration of the Irish public grow to its highest level since the start of the pandemic. 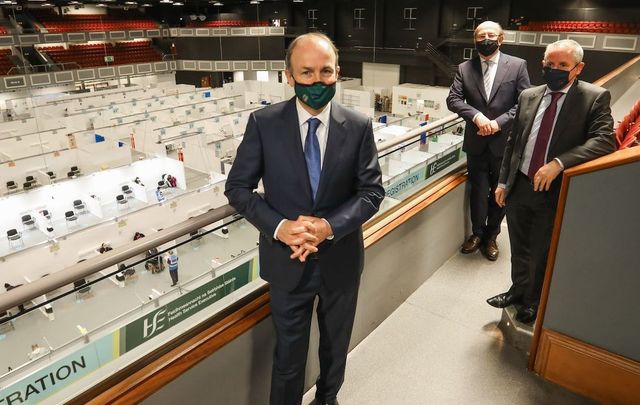 The Irish public is increasingly losing faith with the government's handling of the Covid-19 crisis, as a growing number of people voice their anger over the country's lengthy lockdown and slow vaccination roll-out.

A new opinion poll has found that the public's frustration with the Irish government over its response to the health crisis has soared to its highest levels since the start of the pandemic over a year ago.

For the first time in a year, the public's approval for the government's handling of the pandemic has fallen to a low of just 43 percent, while just one-third of those quizzed expressed satisfaction with the state's much-criticized vaccination rollout.

The extensive poll also reflects growing weariness amongst the public about the duration of the nation's lockdown, with over half of those surveyed complaining that Level Five restrictions, which have been in place since just after Christmas, are being lifted too slowly.

The survey suggests that impatience for a return to normality is now greater than at any point since the onset of the public health crisis.

However, the poll also found that the public remains pessimistic as to exactly when all restrictions will finally be lifted.

Further analysis of the data reveals that a quarter of those surveyed have disapproved of the way that Nphet (National Public Health Emergency Team) has handled the pandemic.

However, almost 50 percent of the public still back Nphet, an approval rating that has fallen by 10 percent since December last year, when the body of medical experts suggested the lifting of restrictions for Christmas. 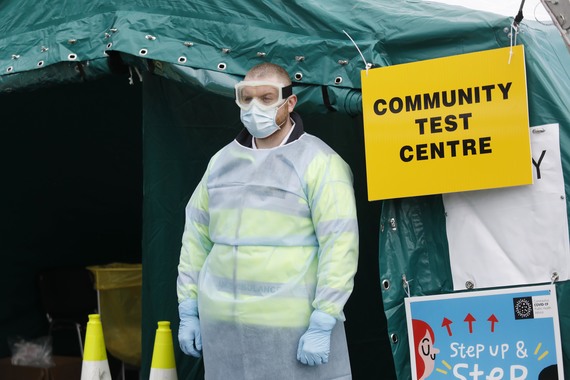 A COVID testing center, one of just a few opened since Christmas.

The growing public unrest with the government's handling of the pandemic comes as further talks are scheduled on extending the country's mandatory quarantine list.

According to RTE News, the discussions between officials and government ministers will center on a controversial proposal to extend the list of countries on Ireland's mandatory hotel quarantine list.

Talks are to center on the capacity of Ireland's hotels, and whether there is sufficient staff, along with the legality of extending the list to more EU countries.

The government's hotel quarantine policy is understood to have triggered spats amongst senior ministers, with serious divisions emerging over which nations should be added to the list.

Last week there was political fallout over a proposal from the government's Travel Expert Advisory Group, which suggested adding the U.S., France, Germany and Italy to the list.

However, plans to add those countries to the list were put on hold, even though 26 others were included, bringing to 59 the number of territories deemed "high risk" by the government. 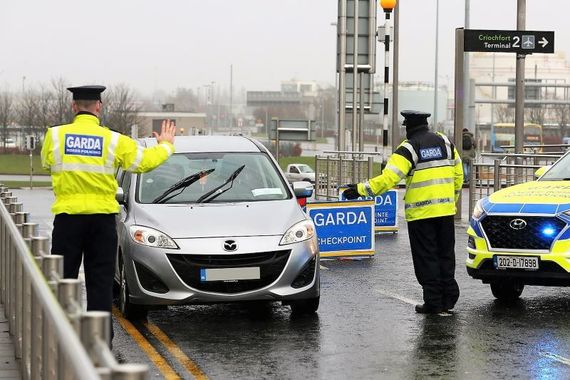 Police stopping those traveling to Dublin airport during COVID lockdown.

The growing unrest about the government's handling of the pandemic is set to be exacerbated further, with the country's teachers expected to ballot for industrial action.

Teachers are furious that they are not being prioritized for Covid jabs, following a change to the national immunization program last week to an age-based system.

Younger teachers reportedly fear they could now have to wait till autumn, or even winter, before being inoculated.

Meanwhile, the ever-increasing disquiet in Ireland stands in marked contrast to the growing optimism in the United Kingdom.

British Prime Minister Boris Johnson has confirmed that citizens in England can look forward to a far-reaching easing of restrictions from next week, including the opening of all shops, gyms, hairdressers, and outdoor hospitality areas.

Johnson said the move was possible thanks to the country's hugely successful vaccination rollout and falling infection rates, adding that he was looking forward to going to the pub himself for a pint.

However, speaking at a conference last Monday he added, "We can't be complacent.  We can see the waves of sickness affecting other countries and we have seen how this story goes.

"We still don't know how strong the vaccine shield will be when cases begin to rise, as I'm afraid that they will, and that's why we are saying please get your vaccine, or your second dose when your turn comes."