Priests hear confession at a Co Clare mall during the Christmas season as part of 'Mercy on the Mall.' 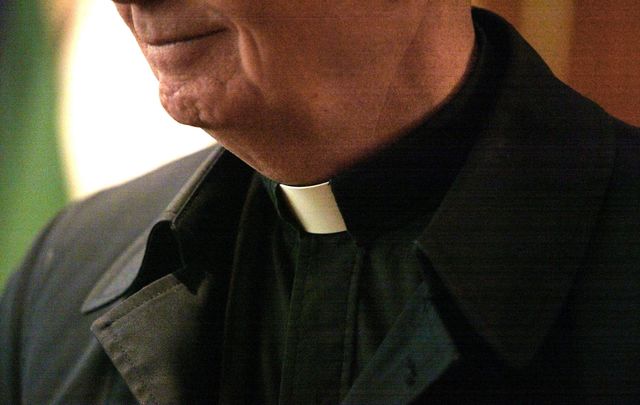 Mercy on the Mall is in its fourth year Getty

Shoppers in Ireland got more than they bargained for when priests were on hand at an Irish shopping center to hear confession.

Mercy on the Mall was hosted for its fourth annual year on December 7 at Skycourt shopping center in Shannon, Co Clare. The event was opened by Bishop of Killaloe Fintan Monahan.

Speaking to The Irish Times, Fr Tom Ryan, who came up with the idea back in 2014, said: “This started in response to Pope Francis challenging us to go out into the marketplace.”

“It has grasped the imagination and people engage with us.”

Father Ryan said he spoke with people young and old at this year’s Mercy on the Mall.

“We had our chat and confession and they got it off their chest – and these are people I wouldn’t have normally connected with in the confession box in the church, but I can here as there is an opportunity to reach out.”

“One person said to me, ‘I’m glad I didn’t miss the Mercy on the Mall because it is an important part of the year to me.’”

Fr Ryan added, “The event catches people who you wouldn’t normally get in a church.”

Breege Hession, who met with Fr Ryan at the mall, said: “I think it is a great idea and will maybe bring young people closer to the church and speak to a priest.”

“There is a lot of young people who seem to have gone away from the church and it is quite healthy to bring them back again and have them say their prayers.”

16 priests were on hand in shifts at the mall to hear confessions from shoppers. Fr Ryan said it’s a fulfilling experience for the clergymen.

“You get fulfillment, satisfaction and that it was worthwhile. It encourages new ways of evangelizing and it is an outreach.”

Fr Arnold Rosney, a parish priest in Shannon, said: “What is happening here is new, dynamic and imaginative. We tried it, it was a risk we took and it has worked.”

Would you ever go to confession at the mall? Let us know in the comments