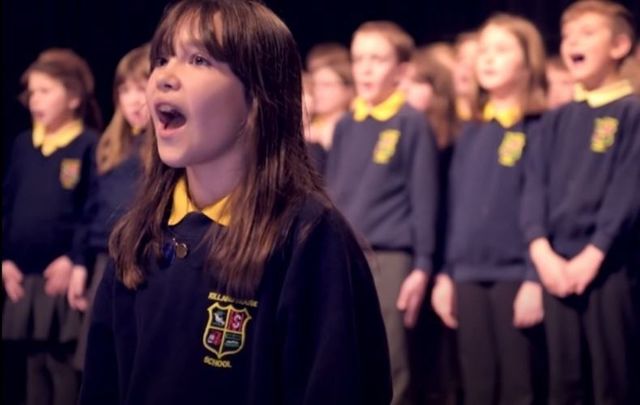 The performance is a huge accomplishment for Kaylee, at the time, a student at the Killard House Special School in Donaghadee, Ireland. The school’s music teacher, Llyod Scates, encouraged Kaylee, who has autism and ADHD, to sing to help build her confidence.

“She always loved singing, but it wasn’t until she started at Killard House School that she really came into her own,” says Tracy Rodgers, Kaylee’s mom. “He’s like her safety blanket – he’s amazing.”

The original video was shared on Facebook by Nichola Martin, whose son is in Kaylee's class, and has amassed a staggering 3.5 million views since 2016. The video was shared nearly 1,000 times within the first 24 hours.

Merry 🎄🎅🏼 ---> "Girl with autism sings a stunning rendition of "Hallelujah"" https://t.co/vHZXZrKa96 via @HuffPostArts

What's your favorite rendition of Hallelujah? Let us know in the comments!