Silenced Irish priest Father Tony Flannery has once again broken ranks with church authorities in Ireland by calling for an overhaul of the ancient seal of Confession. 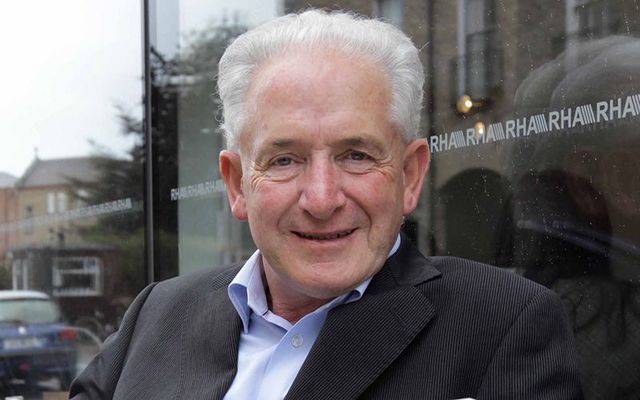 Silenced Irish priest Father Tony Flannery has once again broken ranks with church authorities in Ireland by calling for an overhaul of the ancient seal of Confession.

On the eve of a speaking tour in the U.S., the outspoken Redemptorist cleric said he wants to see legislation introduced in Ireland which would require priests here to break the confessional seal if someone admits to child abuse.

At present, the Vatican's rules surrounding confessional secrecy mean there are no legal obligations under canon law to report concerns or allegations of abuse of a minor.

But moves have already been made in Australia to ensure that allegations of clerical sexual abuse that are made in the sacrament are immediately reported to the authorities.

Could Catholic Confession be getting a make-over?

And now Flannery, who had previously supported the ancient ruling that a priest should never reveal what he hears in confession, said his opinions have changed and that he now thinks Ireland should follow the Australian lead.

The 71-year-old Co. Galway native, who was censured by the Vatican over six years ago for his liberal views, said,  "The debate has been going on for some time about the seal of Confession in the Catholic Church.  There have been calls to make it obligatory for priests if they are told in the sacrament that the penitent is sexually abusing a minor, they must inform the authorities.

Read more: One in three living bishops accused of failure to respond to sexual misconduct

"This is a difficult one since the seal of Confession – the requirement that a priest can never reveal what he hears in Confession -- is one of the most serious obligations for any priest, and if that is compromised in any way, it undermines the sacrament as we have known it.

"Over recent years I have always argued that this cannot change, but now I am beginning to think differently.  The situation within the church over clerical sexual abuse is so serious, and the church's credibility so damaged, that I am not sure we can hold to this position anymore."

Flannery, a founder of the Association of Catholic Priests, also called for individual confessions to be replaced by “general absolution,” which would involve a gathering of believers being granted absolution for their sins without prior individual Confession to a priest.

He added, "The reality is that very few people in Ireland go to Confession any more, but in the event of a person admitting child abuse, this needs to be reported.  I also think other serious crimes need to be reported too, for example, what happens if someone tells a priest they have murdered their wife.

"If the seal of Confession is broken in any way, then Confession as we now know it will cease to exist.  But I think the time has come for change, and general absolution would be a better way to celebrate the sacrament."

Flannery is in the U.S. this week, where he is due to give talks in Pittsburgh and Washington, D.C. on church reform. He was suspended from public ministry in 2012 for his liberal views on women priests, homosexuality and contraception, and has since conceded that there is little hope of his censorship being lifted.