POLL: Should unvaccinated children be banned from Irish schools?

Ireland's Minister of Health "instinctively agrees" that unvaccinated children should be banned from Irish schools. 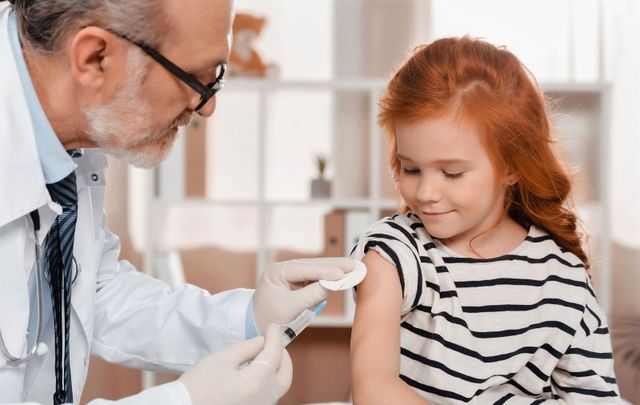 Should unvaccinated children be barred from attending school? Getty Images

As a measles outbreak has been confirmed in Dublin, Ireland's Health Minister has spoken out

Ireland’s Minister for Health TD Simon Harris has said he “instinctively agrees” that healthy, unvaccinated children should be banned from attending schools.

He added, however, that it may be a constitutional issue.

TD Harris made his comments on Twitter in response to a tweet from Dr. Dominic Rowley, who urged the Wicklow TD to “Take a bold step and  #banhealthyunvaccinatedkids from crèche/ school. It’s a really simple life saving concept:”

Vaccines weren’t invented for a bit of craic . @SimonHarrisTD . Take a bold step and #banhealthyunvaccinatedkids from crèche/ school. It's a really simple life saving concept. We should be protecting those kids who cannot receive #vaccines

Instinctively agree. Think we may have constitutional issues here. Will research further. #VaccinesSaveLives

The Irish Times reports that while Measles, Mumps, and Rubella (MMR) vaccination rates in Ireland are high, they have dipped in recent years below the 95 percent which is recommended for “herd immunity.”

Since February of this year, there have been 18 reported cases of measles in Dublin.

"If unsure whether they had the vaccine they should speak to their GP about getting the MMR before traveling.”

"Measles symptoms include fever, red rash, red eyes, cough, and runny nose. The rash usually starts a few days after the onset of illness. It typically starts on the head and spreads down the body."

Dr. Maitiu O Tuathail, president of the National Association of General Practitioners in Ireland (NAGPI), said last month that the “single biggest driving force for the reduction in vaccination uptake is misinformation on social media.”

“That is having an impact, it’s concerning people unnecessarily and putting people off getting vaccines, and we’re seeing that at the moment.”

He added: “There’s an outbreak of measles in north county Dublin, and that is only because the uptake of the MMR vaccine is much lower than it should be, and that is as a result of misinformation on social media.”

So - what do you think? Should children who have not received their vaccinations be prevented from attending Irish schools?  Let us know in the survey below: