Varadkar apologizes for referring to Northern Ireland as overseas 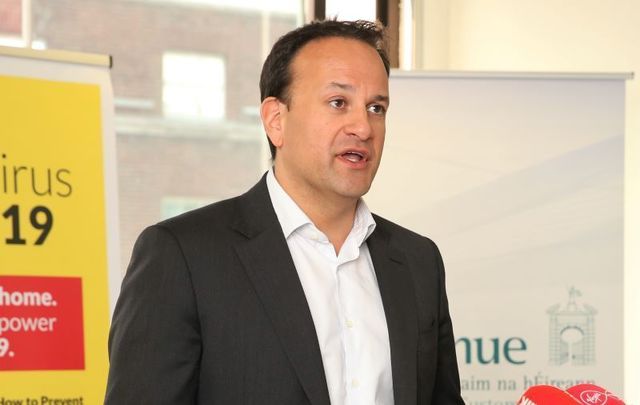 Taoiseach (Prime Minister) Leo Varadkar made the remarks on Pat Kenny’s Newstalk radio show while discussing the possibility of Green Party members in Northern Ireland having a say in the formation of a coalition government.

The remarks drew criticism from Sinn Fein assembly member Emma Sheerin who accused Varadkar of being "out of touch with people north and south at a time when people on the ground are struggling with the challenges of the COVID-19 crisis.”

"His comments are bizarre and insulting to the nationalists in the north he pledged never to leave behind again and he should unreservedly withdraw them,” she added.

Varadkar issued a response to the criticism, apologizing over his error while seeking to clarify his comments.

"My sincere apologies to anyone I offended," Varadkar told The Irish News.

"I have crossed the land border dozens of times in my efforts to prevent a hard border and to bring both jurisdictions closer together.

"To clarify, Fine Gael has a Belfast branch and we also have branches overseas like Brussels.

“The context, which some have neglected to mention, was me defending the right of Green Party and Fine Gael members living in Northern Ireland to have a say on whether we form a government together."

Varadkar hit back at his Sinn Fein critics though, asking if the party "in the interests of goodwill" would "stop referring to the state as the south of Ireland, free state or the southern state.

"Some find that offensive too and it is geographically incorrect, especially if you consider the location of Donegal," he added.

The criticism and response comes a day after, Varadkar clashed with Sinn Fein leader Mary Lou McDonald over the €350 per week COVID-19 pandemic unemployment payment.

He was keen to highlight that payments for the unemployed are far lower in Northern Ireland, where Sinn Fein is in power.