Varadkar and Fine Gael are prepared to begin negotiations with every other political party and Independent TD. 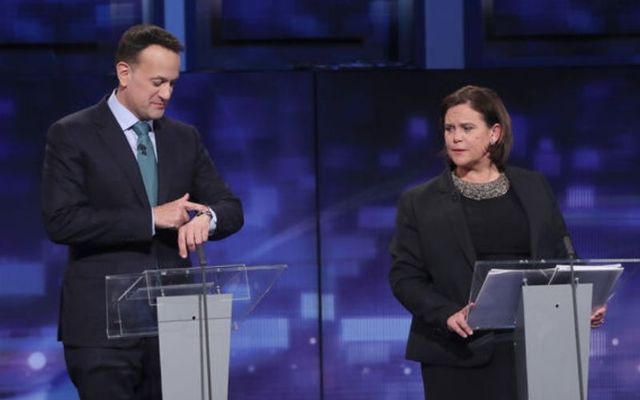 Taoiseach Leo Varadkar is open to forming a national unity government between all major political parties to deal with the COVID-19 crisis, as long as it does not involve Sinn Féin.

Varadkar and Fine Gael are prepared to begin negotiations with every other political party and Independent TD about forming a temporary national government, according to the Irish Independent.

However, Varadkar will reportedly not enter any arrangement whatsoever that includes Sinn Féin, Ireland’s most popular political party in February’s general election.

The proposed government would remain in place throughout the duration of the COVID-19 crisis and the first phase of Ireland’s recovery.

Green Party leader Eamon Ryan’s refusal to form a coalition government with Fianna Fáil and Fine Gael is believed to be key to Varadkar’s shift in position. Ryan ruled out going into government with the two center-right parties but called for a national unity party instead.

He said that Varadkar would retain his place as caretaker Taoiseach in the new national government.

“We haven’t ruled out his proposals, but it can’t involve Sinn Féin for obvious reasons, which ring even more true in an emergency,” a source told the Independent.

Fine Gael are reportedly even more reluctant to enter into government with Sinn Féin after Michelle O’Neill, Sinn Féin’s Vice President and leader in Northern Ireland, defended the decision to keep schools open in the region before changing her stance just 24 hours later.

Fine Gael officials believe that O’Neill only changed her stance because she was overruled by the party in the Republic of Ireland.

Sinn Féin President Mary Lou McDonald remains open to the idea of a national government to tackle the COVID-19 pandemic, but she would prefer a government that “reflects the outcome of the last election.”

Leo Varadkar has not hidden his disdain for the Sinn Féin party in the past.

I will never go into government with Sinn Féin. I asked my team if they would and they answered unequivocally.

Varadkar also launched a number of attacks against the party in the immediate of the election from his personal Twitter account. He labeled them a “populist party” and called some of their TDs “anti-Sematic and “anti-science” and also alleged that the party was still run by an IRA army council.

Why doesn’t McDonald disband the Army Council and the PIRA or if she cannot, repudiate them and sever all links and do so publicly and unequivocally? - ‘Harris agrees with PSNI that army council still oversees Sinn Féin and IRA’ https://t.co/iezbK6kLcS