The date for meetings between government authorities on the preclearance at Dublin and Shannon Airports has been brought forward. 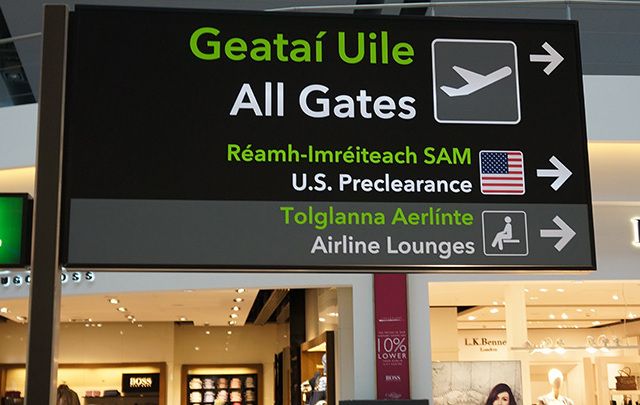 A meeting between US and Irish officials on preclearance at Dublin and Shannon Airports has been brought forward.

The meeting had been due to take place on March 1 but was bumped up to February 23 at the insistence of the Irish Government on account of “recent events,” Minister for Transport Shane Ross said.

His department has also ordered a review of the process that allows people traveling to America to clear US immigration and customs in Ireland before flying, allowing them to simply walk off their plane once they land.

“My officials have already been in contact with the US authorities and have conveyed our concerns about President Trump’s executive order and its implications for US preclearance services at Shannon and Dublin Airports,” the Minister told journalists.

While the agreement may be canceled by either Governments with a year’s notice, there is no provision under the current agreement for it to be temporarily suspended.

Irish politicians have previously expressed their dismay at the president's executive order – suspended pending its review by Federal courts – that banned immigrants from seven Muslim-majority countries.

Minister for Children Katherine Zappone immediately called for an inquiry into preclearance when the ban was announced. "We need to determine whether our constitution and the international treaties we have signed up to, that those laws operate in context of Irish soil in terms of prohibiting those policies of discrimination against nationalities, and also people of particular religions, that Donald Trump has implemented,” she said at the time.

I am deeply concerned that discrimination maybe happening at US immigration in Irish airports and am seeking an urgent review.

Nevertheless, the Irish Government wants the system to continue if possible.

Minister for Social Protection Leo Varadkar – and potentially the next Taoiseach (Prime Minister) – said he though the current arrangement was of “of huge advantage to Ireland.”

“People remember those long two hour queues at US airports. It’s good for tourism. It’s good for aviation,” he told the Irish Times. “When I was transport minister it was very helpful when trying to get new routes into Ireland. It’s very good for jobs. Having that does not prevent us from questioning US policy.”

After U.S. District Judge James Robart struck down the travel ban as unlawful President Trump reacted angrily and vowed to appeal the decision.

The opinion of this so-called judge, which essentially takes law-enforcement away from our country, is ridiculous and will be overturned!

However, the Department of Justice’s appeal to the 9th Circuit was also unsuccessful and was sustained by a three judge panel, provoking a gleeful tweet from the President’s defeated rival Hillary Clinton.

President Trump is refusing to let the matter rest and it’s likely the ban will ultimately end up Supreme court.

SEE YOU IN COURT, THE SECURITY OF OUR NATION IS AT STAKE!