Former Tory Prime Minister calls Britain's plans to renege on the special arrangements for Northern Ireland in the Brexit deal “reckless” and “irresponsible”. 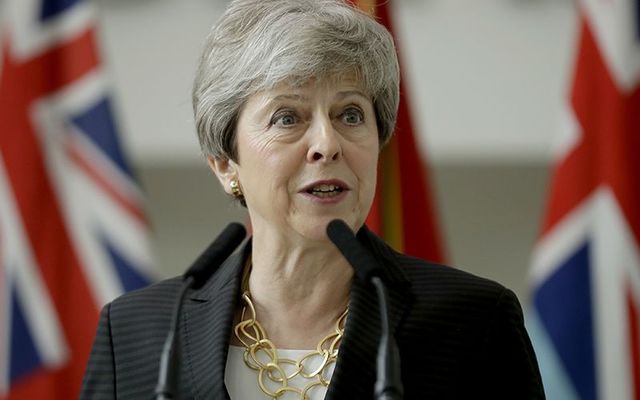 Former British Prime Minister Theresa May launched a blistering attack on the British government’s plan to give itself powers to renege on the special arrangements for Northern Ireland in the Brexit deal.

The former Tory prime minister described the plans as “reckless” and “irresponsible” and said they “risked the integrity of the United Kingdom” as they would not only tarnish Britain’s reputation globally as an upholder of the law but could contribute to a reunited Ireland.

She said there could never be a time when a minister could walk through the voting lobbies and say yes to breaking the law. May said the bill would also mean trust would be undermined in future negotiations with other countries.

“So much for global Britain,” she quipped.

The bill, which is designed to regulate trade within the U.K. after Brexit, was unveiled by Downing Street two weeks ago, catching Conservative MPs, opposition parties and the EU off guard.

A backbench rebellion emerged when it became clear the bill included three clauses that would allow the Tory government to dis-apply parts of the Northern Ireland protocol without regard to the EU co-signatories of an international treaty.

May said there were three reasons why certain controversial clauses had “no place” in the bill and could weaken support for Westminster in Northern Ireland.

Last week MPs voted to give the Johnson government a majority of 77 to the U.K. Internal Market Bill, which could end prospects of a soft Irish border and continuing peace in Northern Ireland.

The critical stage is expected to be at the next later stage of the bill.

Meanwhile, also on Monday, a motion was passed in the Northern Ireland Assembly calling on the U.K. government to “honor its commitments” regarding the Brexit withdrawal agreement.

Members also agreed that Westminster should ensure the “rigorous and full implementation” of the Northern Ireland protocol, “prioritize peace and stability” and “work to secure a future economic partnership with their EU colleagues.”

The motion, put forward by Sinn Fein, was passed with 48 in favor and 36 against. It was supported by the SDLP, Alliance, and other smaller parties, but opposed by the Democratic Unionist Party and the Ulster Unionist Party.