A motion at the party's Ard Fheis was tabled by Sinn Féin's leadership and acknowledged that special non-jury trials may be needed in "exceptional circumstances." 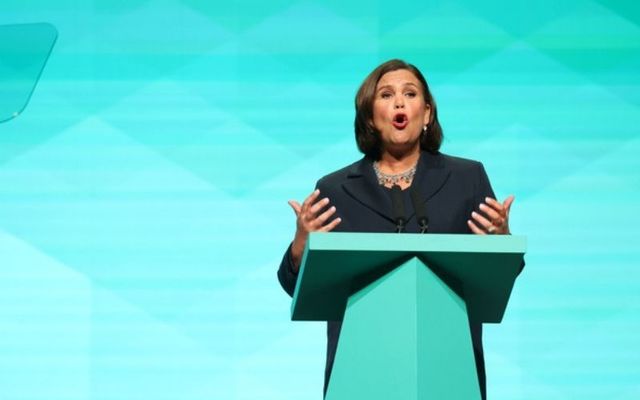 Sinn Féin has ended its long-standing opposition to non-jury trials at the Special Criminal Court (SCC) after a motion was passed at the party's Ard Fheis on Saturday.

The motion was tabled by Sinn Féin's leadership and acknowledged that special non-jury trials may be needed in "exceptional circumstances", although it also included criticism of the SCC in relation to civil liberties and outlined the need for it to be modernized.

Sligo-Leitrim TD Martin Kenny proposed the motion and said that non-jury trials may be necessary in "rare and exceptional circumstances" and added that the SCC should only be used when all alternatives "have been exhausted".

He said that a "strict judicial oversight" was needed to ensure that the SCC complied with international human rights.

Sinn Féin has long opposed the existence of the SCC, which tries terrorism and serious organized crime cases without a jury, including members of the Provisional IRA.

Gerry Kelly, a Sinn Féin MLA from North Belfast, said that he backed the motion and described it as a "very significant route for the party leadership" and a "very decisive initiative".

He said that all Irish courts should be integrated into a "single, modern criminal justice system" that includes jury trials, anonymized jury trials, and special protection for juries when they are clearly necessary.

He noted that Sinn Féin would "hopefully" be in power on both sides of the border in the near future and added that the party would take action once it is in power.

"This is about action we can take, we will take, if in government," Kelly said.

Several delegates spoke out against the motion, including Adrian O’Gallagher from Ógra Shinn Féin in Donegal.

Gallagher said that the party should not advocate for a non-jury court due to "human rights abuses" and added that non-jury courts were previously used against republicans.

The Offences Against the State Act - the legislation underpinning the SCC - must be reviewed annually by the Dáil and Senate due to the powers of the court. Sinn Féin has consistently opposed the legislation and has strongly criticized the use of the SCC.

Kelly, however, said that "opposition is not for opposition's sake", rather it is to ensure that Ireland's criminal justice system can be improved to cope with 21st-century crime.

He added that the court was previously used against republicans at politically convenient times during the Troubles but said that those "dark days are long gone".

Kelly said that organized crime gangs are "wreaking havoc on communities and society", causing the devastation of drug addiction in local communities.

Dublin-Fingal TD Louise O'Reilly said that the motion was a clear message from Sinn Féin to "so-called crime bosses" that the party will do everything in its power once in government to "make sure the courts and the gardaí will make sure they have every power they need to end your grip on our communities".

Speaking ahead of the Ardfheis, Sinn Féin President Mary Lou McDonald said that organized crime was "wreaking havoc" across Irish society and said that the party wanted to ensure that the Irish justice system would be able to hold these criminal gangs to account.

"So part and parcel of that of course is resourcing the gardaí, but it’s also about a judicial and a criminal system that works," McDonald said.

“Within that, we are now today saying that we recognize the need, in exceptional circumstances, for the option of a non-jury court."