Minister for Foreign Affairs Simon Coveney said there are currently 23 Irish nationals in Afghanistan and that 15 of those are currently looking to leave the country. 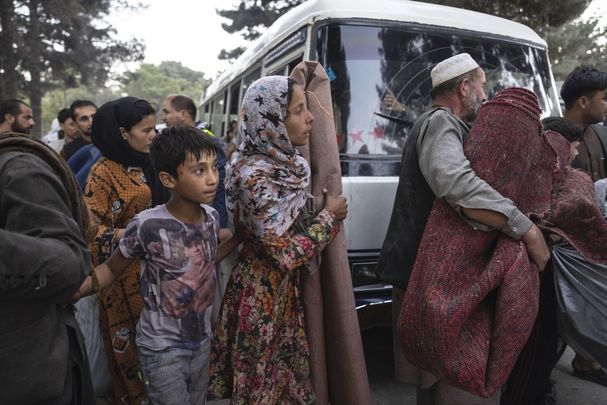 People displaced by the Taliban advancing are flooding into the Kabul capital to escape the Taliban takeover of their provinces. (Photo by Paula Bronstein/Getty Images) Getty

Ireland's Minister for Foreign Affairs Simon Coveney has described events in Afghanistan as a "catastrophic" US foreign policy failure after the Taliban took control of the country's capital Kabul on Sunday, leaving 15 Irish citizens stranded.

However, commercial flights out of Afghanistan have now been canceled after thousands of Afghans crowded onto the tarmac at Kabul Airport in the hope of catching a flight out of the country.

Coveney said that he was "very concerned" about the situation in Afghanistan and added that some Irish citizens had opted to stay in the country to continue humanitarian work.

"Some have expressed a preference to stay for now, because they are working with humanitarian organizations and doing very important work that is becoming even more important now," Coveney told Newstalk Breakfast. 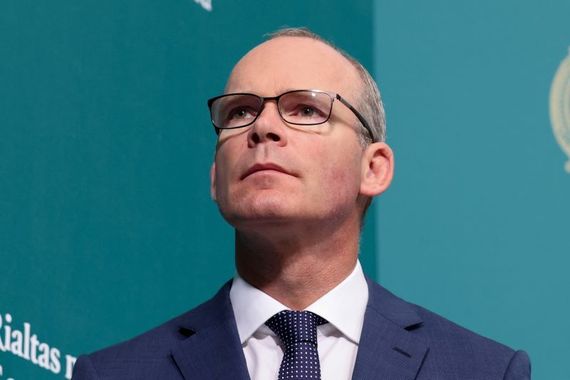 He described the situation in Afghanistan as a "country in chaos" and said that it was a "foreign policy catastrophe".

"There are a lot of things we don't know of course, in terms of what is now going to happen in Afghanistan, but I think we can be pretty sure that we will see hundreds of thousands, if not millions, of refugees trying to flee into neighboring countries like Iran, Pakistan, Uzbekistan, Tajikistan," Coveney said.

"The UN is going to have to try to coordinate and fund the response to that and certainly that is where Ireland's focus is."

The UN Security Council, of which Ireland is a temporary member, is meeting for an emergency session on Monday to discuss the developing situation in Afghanistan and Coveney said that the UN's response will be a "humanitarian" one.

He said that the Irish Government has already approved 45 visa waivers for Afghan refugees who fled across the border to Pakistan and are now flying to Ireland, while an additional 100 to 150 visa waivers will be made available, with a priority on media members, human rights organizations, women, and girls.

However, Coveney admitted that the Irish Government will probably have to "do more than that" given the scale of the humanitarian crisis that is set to unfold in Afghanistan in the coming weeks.

People clung to the sides of military planes, even as one taxied down the runway, in a bid to flee as the Taliban takes control.https://t.co/BMfaEkDykr pic.twitter.com/WkX0JQx3io

The collapse of Afghan forces prompted President Ashraf Ghani to flee to Tajikistan, while it also signified the end of a two-decade US campaign to remake Afghanistan.

Taliban fighters stormed the abandoned presidential palace on Sunday, prompting thousands of residents to attempt to flee the country out of fear that Afghanistan will return to the brutal Taliban regime of the 1990s that all but eliminated women's rights.

At least five people were killed in the scramble to gain access to flights out of the country on Sunday, resulting in the cancelation of all commercial flights.

Another Saigon moment: chaotic scenes at Kabul International Airport. No security. None. pic.twitter.com/6BuXqBTHWk

Coveney told Newstalk Breakfast that he doesn't believe that the incoming Taliban regime will be any different from the one that ruled two decades ago.

"I don’t believe that this Taliban leadership will be any different. We already have a number of brutality, arbitrary killings, people being stopped and searched, passports being burnt, and girls not being allowed go to school," he said.

There have been several reports of revenge killings and other brutal acts in areas of Afghanistan seized by the Taliban earlier last week, despite assurances from the Taliban leadership promising amnesty for anyone who had worked with the Afghan Government or foreign nations.

Taliban leaders moved quickly when US President Joe Biden announced plans to withdraw all US troops from Afghanistan by the end of August.

They had been previously empowered after signing a deal with former President Donald Trump in February 2020 that limited direct military action against insurgents and allowed fighters to gather strength.