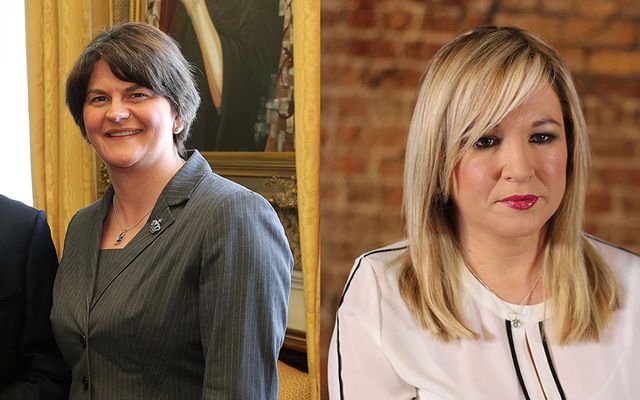 A row has broken out after the leader of the Democratic Unionist Party labeled her Sinn Féin rival “blonde” in an interview with a journalist.

Arlene Foster, who was previously First Minister of Northern Ireland until the assembly’s collapse earlier this year, told the Sunday Independent that sexism on social media had upset her 17-year-old daughter.

When pressed to go on by journalist, Niamh Horan, she answered, “Blonde.”

Later in the interview Foster agreed that appearance mattered a great deal in public life.

"Ah God, yeah. It is for sure. And, I mean, she [O’Neill] always looks so well and always presents herself in a particular way. I... sometimes you have a bad hair day and obviously that's the day you are going to be photographed."

The remarks earned an angry rebuttal from O’Neill’s daughter, Saoirse, on Twitter.

Disgraceful Arlene, mummy has blonde hair yes, she also has class, smarts & strong leadership skills that empower the great women around her

"It is totally unacceptable in the 21st century for a political leader to characterize another political leader based on the color of their hair,” McCallion added. “The irony of talking about sexism and misogyny appears to be totally lost on Arlene Foster when she makes such remarks about others."

But the DUP’s Sammy Wilson insisted the remarks were far from sexist and Sinn Féin was trying to deploy a “smokescreen” to distract from other issues in the run-up to the British General Election next month.

"If it had been me, I would have been making some far, far more derogatory comments about the way she [O’Neill]'s handled the job since she took over," he said.

Foster and O’Neill have been negotiating an agreement that would see cross-community power sharing return to Northern Ireland ever since the Assembly election in March.

Sinn Féin collapsed the last Northern Ireland Executive after it was revealed that a renewable heating scheme was set to cost the province hundred of millions more anticipated – a huge hole in the budget.

The original deadline for an agreement was extended to June – at stake are rights for Irish language speakers, same sex marriage and “legacy issues” relating to the Troubles.

If an agreement is not reached then another election could be called – meaning Northern Irish voters would head to the polls for their third Assembly election in two years – or leadership could be administered directly by the British Government from London.